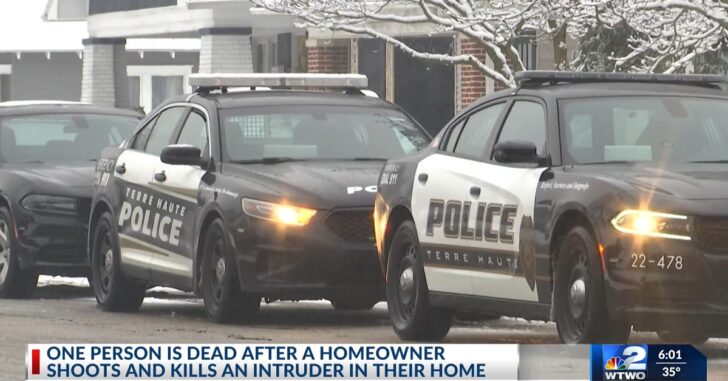 TERRE HAUTE, INDIANA — A man was shot and killed after allegedly attempting to break into a Terre Haute, Indiana, home over the weekend.

According to WTWO, there was another individual with Bell at the time, but that individual has not yet been charged with a crime, and has actually been released. He was reportedly found hiding out in the backyard of another home.

The homeowner is not facing charges, according to police. However, this is still reportedly an ongoing investigation, and there may be more to this story down the road.

Previous article: Man Dies In Truck After Dog Steps On Rifle, Setting It Off Next article: Attempted Carjacker Allegedly Hides In Porta-Potty For Hours Only To Get Blasted By Armed Citizen When He Struck