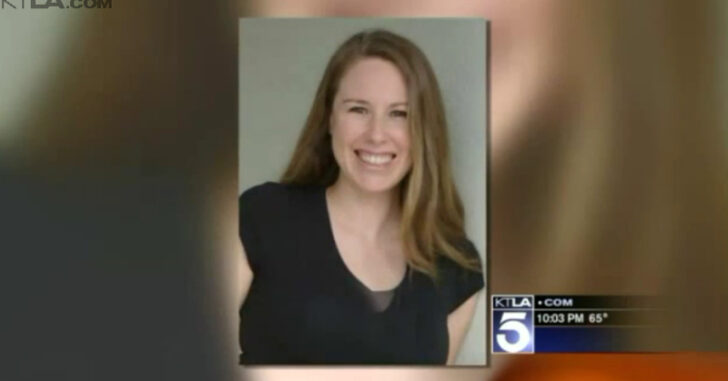 HOLLYWOOD, CA — Police are calling it a “random act of murder” but investigators are still unsure what prompted a man to walk up behind a woman and her boyfriend late Sunday evening and shoot her in the back of the head with a shotgun.  According to KTLA-5, police have identified the victim as Carrie Jean Melvin.

Witnesses and the boyfriend reported that the unknown suspect appeared suddenly and fired the fatal gunshot – execution style.

“It was unknown if he was… There were no words exchanged,” said Detective John Scaggs of the Los Angeles Police Department in an interview with KTLA-5.

No apparent motive, no links between Melvin were readily recovered at the scene.  The killer was described in generic terms and police say they are desperate for clues.

This “random act” follows a string of publicly violent events in California.  This past weekend, a news crew was robbed at gunpoint in San Francisco while reporting on another shooting.

Violent gun crime doesn’t appear to be on the down-swing, either.  The LA Weekly reports that crime appears to be getting worse.  Meanwhile, 16,000 concealed carry applicants wait in limbo for a court to decide whether “good cause” is constitutional.  So, it appears the only people having trouble finding guns are law-abiding citizens in the State of California.

The LA Weekly ascribes the sudden spike in crime to Proposition 47 – a California law which lightens sentencing for felons – and homelessness.  But, by the end, Los Angeles Police Department Chief Charlie Beck admits one crucial piece:

“We will most likely suffer about 130 gang homicides this year … Los Angeles is one of the core cities, Los Angeles and Chicago, that creates street gangs. And street gangs become exported from Los Angeles … all over the nation. You can find Crip factions, Blood factions, 18 Street, MS, worldwide, and all those gangs originated in the confines of this city.”

Is Gang Violence To Blame?

Every year, Los Angeles gangs initiate new members whom are required to go out and snuff out an innocent life as proof they’re “in”.  While this murder hasn’t been ruled a gang-related homicide, the victim didn’t appear to have any sketchy dealings.

In the original KTLA-5 article, investigators admit they suspect it may have been a “targeted killing”.  And as the murderer feared no danger after killing a woman in the street with a shotgun, we are only left to guess what LAPD expects the rest of its law-abiding citizens to do.

Is this murder the direct result of California’s strict gun laws?