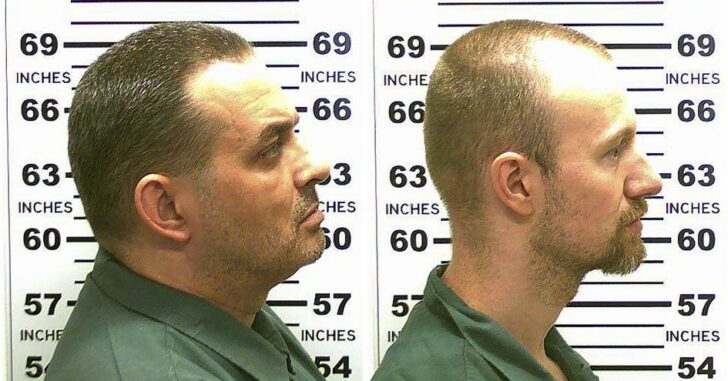 By Michael Filozof. Republished with permission from American Thinker

The escape of two convicted murderers from Clinton Correctional Facility in New York State has dominated national news headlines for over a week.  As of this writing, the escapees have been on the lam for nine days, eluding hundreds of New York State troopers and cops from numerous other agencies.

Nine days is a very long time for anyone to be out in the elements of the remote Adirondack woodlands, and it’s an especially long time for two cons unfamiliar with the region with no food, outdoor clothing, water, shelter, or survival gear.

The fact that the cops have not captured the escapees in nine days is also very frightening for local residents in the sparsely populated area.  It’s quite reasonable to assume that the two convicted murders would steal, rob, kill, and take hostages to avoid going back to prison.  But should the residents find themselves accosted by the escaped cons, they will be rendered nearly defenseless under state law.

While the cops are armed with AR-15 rifles and numerous 30-round magazines, citizens are banned for life from ever acquiring those same rifles or magazines under New York’s infamous 2013 SAFE Act.  The SAFE Act also bans any New Yorker from ever loading more than seven rounds of ammunition into any firearm, including in his own home.  (The average “hit rate” for police in gunfights is only 20%.  If a citizen with only seven rounds is confronted by two desperate criminals, the odds do not favor successful self-defense.)  Beyond that, all New Yorkers are banned from possessing a handgun in their own homes unless a county judge takes time off from felony trials to grant them a permit, which costs hundreds of dollars and expires every five years.

If there are people on the loose who are so dangerous that police need 30-round magazines and AR-15 rifles, then the citizen needs them as well.

Cops cannot be everywhere all the time.  Cops are pretty good at managing the criminal element in routine, predictable situations – DUI, bar fights, burglaries.  But they’re actually pretty bad at handling out-of-the-ordinary events – e.g., the L.A. Riots, or Hurricane Katrina.  History shows that when very bad things happen, cops hunker down, and citizens are on their own.  And that’s why gun control laws are downright dangerous – because when even the cops can’t handle a situation, a disarmed public is completely at the mercy of the criminal element.

The Adirondack manhunt is not the only time in recent history that cons have made fools of the New York State Police.  In 2006, career criminal Ralph “Bucky” Phillips broke out of jail and led the NYSP on a wild goose chase lasting more than six months, stealing numerous vehicles and weapons and shooting three troopers (one fatally) before he was finally captured – by Pennsylvania State Police.

A year later, the NYSP’s supposedly “elite” Mobile Response Team cornered a parolee armed with a .22 in a farmhouse in rural Margaretville.  Rather than waiting him out, the cops decided to storm the place.  Using AR-15 rifles, the cops shot 70 rounds, hitting the perp twice – and fatally shooting one of their fellow troopers in the back of the head.

That kind of policing shouldn’t inspire confidence in gun control efforts that leave the public defenseless and allow only the cops to have guns.  In fact, it ought to terrify the public.

The first line of defense against crime is not “The Thin Blue Line” – it’s you.  And any government legislation – like Gov. Cuomo’s odious “SAFE” Act – that eviscerates your right to defend yourself is a crime in and of itself.

If the convicts who escaped from Clinton Correctional Facility end up victimizing unarmed citizens before they are caught, blood will be on Cuomo’s hands.