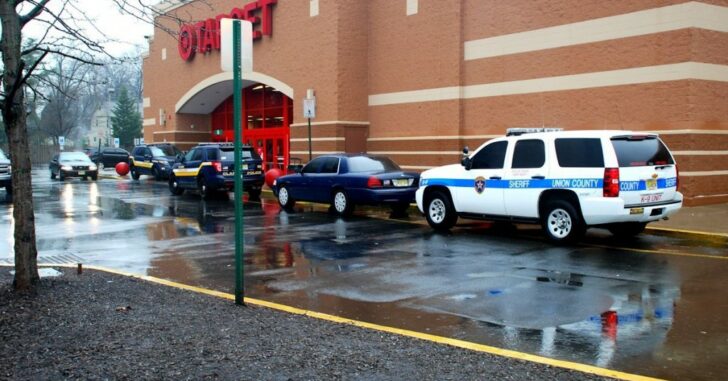 Republished with permission from DefendAndCarry.com

Cape Coral police say a Target customer’s gun fired from inside her purse at checkout on Tuesday night – and the round ricocheted off the floor and into the ceiling but there were no injuries – only store damage.

Police say the woman is described as black, in her 30’s, wearing a blue shirt and carrying a white purse. Charges could be pending against her for damaging property, but police say that’s up to whether Target wants to pursue them.

After the gun discharged – which police say was apparently unintentional – the woman quickly left the store at 1890 NE Pine Island Road and got into a Silver Hyandai that was last seen heading east on Pine Island Road.

Police say surveillance video shows that after the woman checked out she was placing something into her purse when the gun fired from inside the purse – causing damage to floor tiles and the ceiling.

Police responded to the incident around 8 pm – and they say it’s never a good idea to carry a concealed firearm loose in a pocket, purse or bag.

Firearms should always be carried in a quality holster that covers the trigger guard, according to police.

“If you choose to carry in a bag or purse – we suggest using a model that is purpose-built for firearms,” said CCPD spokesperson Dana Coston. “We are glad that this incident didn’t turn into a tragedy.

Ladies, we encourage you to carry a firearm so that you can defend yourself and your loved ones should the need arise. But please, for your safety and everyone else, please do not carry your firearm in your everyday purse.

As the police suggest, the safest place for a gun is in a secure holster designed to carry a firearm. The holster is there for a number of reasons, one being to prevent accidental discharges.

If you insist on carrying in a purse, there are options out there for you. Some manufacturers make purses designed specifically for carrying a gun.

Please do your research before making a purchase of one though, as even these aren’t as safe as normal holsters as we saw in an Idaho Walmart last Christmas.

Thankfully this lady did not injure or kill anyone with her [negligent] discharge, but she certainly put herself in a position to where she could have.