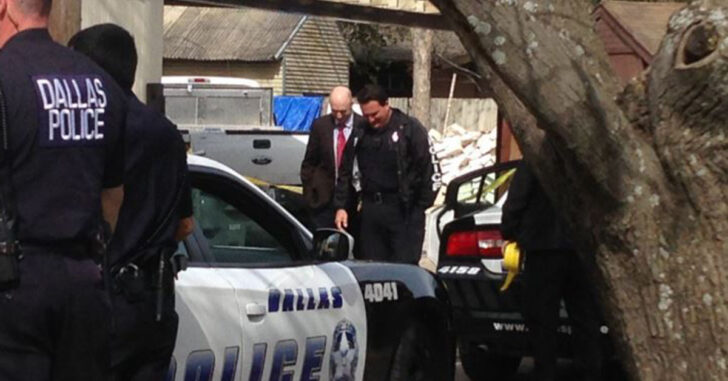 DALLAS, TEXAS — At around 10:15am on February 5, a burglar died alone in an East Dallas alley after attempting to break into a man’s home with a shotgun in hand.

Details of the situation are few, however Dallas Police do not intend to file any charges against the resident. Lt. Latoya Porter commented on the situation simply by saying, “The subject was attempting to burglarize the location with a shotgun when he was confronted, shot, and killed by the resident.”

The names of neither the resident nor the suspect have been disclosed, but neighbors say that the suspect was “young.”

Removing some of the superfluous references and language, Section 9.31 of the Texas penal code states that:

A person is justified in using force against another when … the actor reasonably believes the force is immediately necessary to protect … against the other’s use or attempted use of unlawful force. The actor’s belief that the force was immediately necessary … if the actor … knew or had reason to believe that the person against whom the force was used … unlawfully and with force entered, or was attempting to enter unlawfully and with force, the actor’s occupied habitation, vehicle, or place of business or employment.

But you can’t do that, if you’re not armed, which is why I am a strong proponent of being armed at all time… even in your home.

It also illustrates the importance of being aware of your surroundings. In his short but powerful book, Principles of Personal Defense (one of the two books I recommend above all others for those who choose to carry a firearm ), Jeff Cooper proposed a four-color situational awareness chart to describe most situations, starting with “Condition White,” in which Cooper says you are “unprepared and unready to take lethal action. If you are attacked in White you will probably die unless your adversary is totally inept.”

I’m afraid most Americans are in Condition White most of the time.

And because this East Dallas resident was clearly in Condition Yellow, he is alive today.