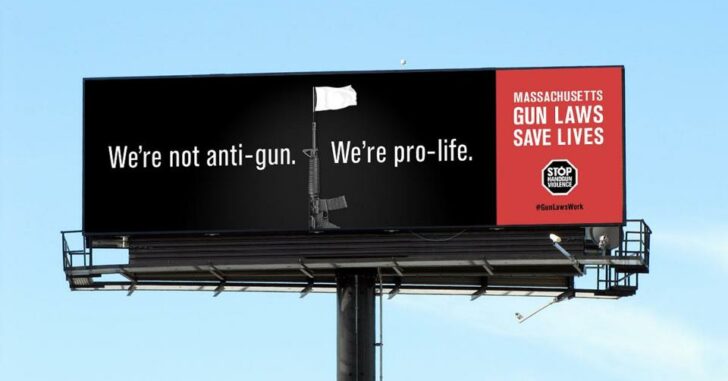 As we noted earlier, San Antonio-based Clear Channel Communications had donated billboard spaceto anti-gun org Stop Handgun Violence for an ad push to support the Bay State’s over-the-top gun laws. That’s a move any reasonable observer might see as a political statement on the part of Clear Channel. Now, however, CCC has had a change of heart. As bostonglobe.com is reporting, “The advertising giant Clear Channel Outdoor on Thursday took down the billboards it donated to a campaign against gun violence, arguing that its support had been ‘misconstrued as a political position’ by gun-rights advocates who mounted an online protest against the advertisements.” As a famous person once advised, when you take a shot, you have to punch back twice as hard. Winning?

Previous article: [BREAKING] Chris Christie Pardons Shaneen Allen, The PA Mom Arrested In NJ For Having Her Firearm Next article: CAUGHT ON CAMERA: Concealed Carrier In GA Steps In During Attempted Car Jacking