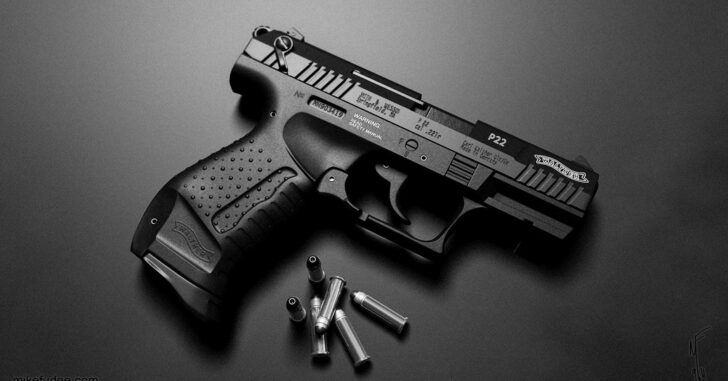 I’m sorry, but this completely defeats the purpose of carrying a firearm. Remember, people: SITUATIONAL AWARENESS!

While I am not 100% against open carry, it’s something that I’ll never do. The reason is simple; if it’s concealed, you maintain the element of surprise. No one knows you have a firearm on you. I like it that way.

21-year-old William Coleman III was walking with his cousin at 2am Saturday morning and was openly carrying his brand new Walther P22 that he had just purchased the day before.

The Portland, Oregon resident was then approached by a man who asked him for a cigarette, and then the man asked him about his gun.

That’s when he pulled a gun of his own on Coleman and said, “I like your gun. Give it to me.” Coleman listened to the armed robber and handed over his firearm.

The robber then took off with a new P22 that we image will be involved in some future crime.

There are a few problems that I would like to address with this incident, and they are as follows:

The report shows that Coleman had just purchased this firearm new, and less than 24 hours before the incident. Why he was carrying a brand new firearm is beyond me. Any firearm that I plan to carry is taken to the range and tested first. If it doesn’t work flawlessly after a few hundred rounds, I shelve it. It’s a rather strict policy, but immediately carrying a new firearm is just asking for trouble, IMO. You could have malfunctions, or a whole other list of issues. You simply won’t know until you’ve fired it a few times.

I’d be willing to bet he didn’t fire a few hundred rounds through it because, well, I can’t find .22’s anywhere. Can you?

While I don’t know what Coleman and his cousin were doing at 2am, it is generally a time where I would personally avoid walking down the street in the city. Carrying a firearm does not make you invincible, and sketchy situations should typically be avoided, maybe even more so if you’re — openly — carrying a firearm.

Am I being too uptight?