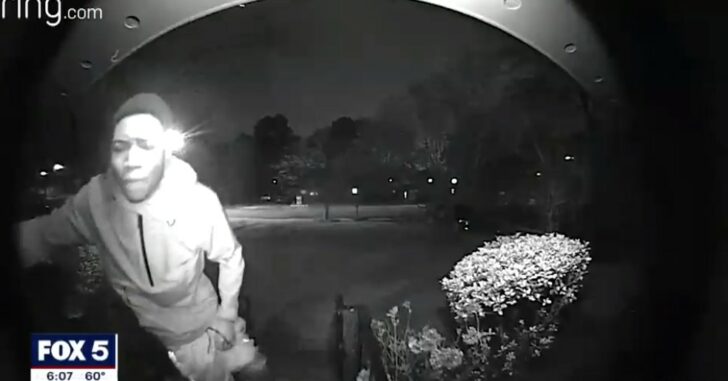 COBB COUNTY, GEORGIA — Three home invaders met their match when a 17-year-old resident of the home opened fire as they tried breaking in. It happened late sunday night, and not all of the invaders were able to go home after.

An unnamed teenager living in the home shot and killed one of the suspects, Machavellia Bagsby, 21. Another suspect, Taruss Miller, 21, was shot in the leg. Authorities later apprehended a third suspect, a 16-year-old.

Miller was caught on a home security camera begging for help after being shot. He and the unidentified 16-year-old were charged with murder, aggravated assault, attempted armed robbery, burglary, and possession of a firearm.

After being shot in the leg, Miller escaped to a neighbor’s house where he was caught on surveillance video pleading for help. “I need somebody to call the police for me. I just got shot,” Miller said to the occupants.

Miller and the 16-year-old are being charged with numerous crimes including murder, aggravated assault, attempted armed robbery, burglary and possession of a firearm during the commission of a crime.

When guns are in the hands of responsible citizens, criminals don’t have the upper hand in many cases. At the very least, the odds are evened out.

This 17-year-old was able to hit 2 of his 3 targets, which is no easy feat to do under stress.

A reminder; stay armed while at home, because 100% of home invasions happen at home.

Previous article: Beginners: Understanding The Difference Between JHP, FMJ, +P And Other Types Of Ammo Next article: BREAKING: Idaho Passes Constitutional Carry For All Americans