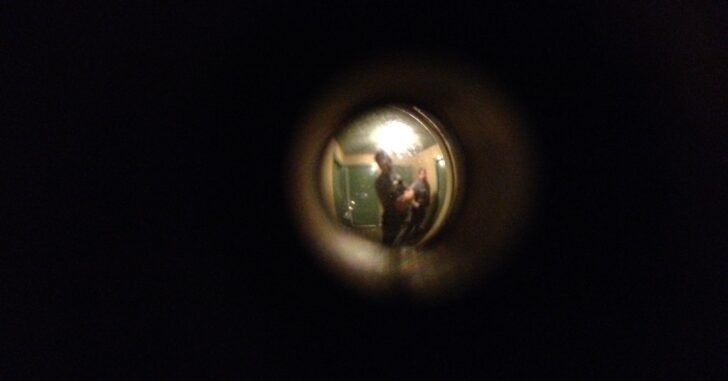 LAKELAND, FL — Jody Johnston was home with this three children when a pair men knocked on his door asking for ‘Eddie’. Not knowing how they were looking for, Johnston told them they have the wrong house. It didn’t matter; they wanted in.

Minutes before he called 911, Johnston was at his home with his children – ages 15, 6 and 3 – when Joseph Dibello, 37, and James Caton, 44, of 3407 W. Osborne Ave. in Tampa, started banging on his door asking for “Eddie,” the Sheriff’s Office said. Johnston told them he didn’t know “Eddie” and asked them to leave.

When they knocked again, Johnston told investigators that he got his .38-caliber revolver from his closet, told his oldest son to take his siblings into their bedrooms and opened the door to again tell the men to leave.

Johnston said Dibello then grabbed the gun and pushed it down while yelling at him. The men shouted for a bit longer until Dibello “approached (Johnston) again in an aggressive manner,” which is when he shot Dibello once in the chest.

While Johnston was able to successfully defend himself, he made a potentially fatal error when he opened the door to tell the men to leave. Just yesterday, we had a discussion revolving around what you do when you answer the door. This is one of those things that you shouldn’t be doing. . . armed or not.

Had Dibello successfully taken the gun away from Johnston, the story could have ended much differently.

In the end, it seems that the pair ended up at the wrong house. They were apparently on a mission to find Eddie, a man they worked with who had stolen equipment from the shop. They were there to collect… but their GPS took them to the wrong house.

A better approach: Keep the door closed and locked while calling 911, with firearm in hand. Then, if the men enter the home, all bets are off.

Previous article: Home Invasion Gone Wrong: Do You Answer Your Door Armed And Ready To Go? Next article: Tips For Starting Your Day; Concealed Carry Setup