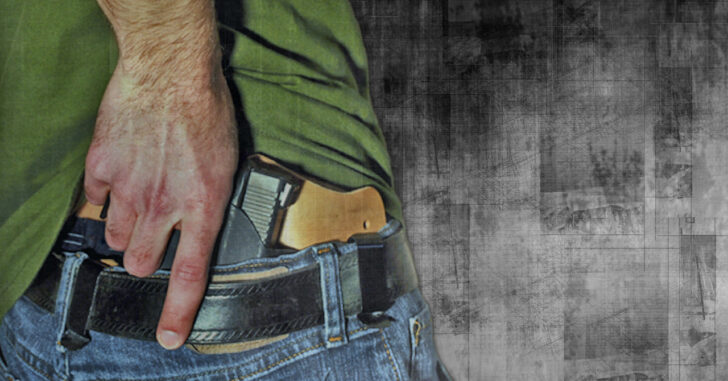 On Tuesday, the North Dakota House of Representatives passed Legislation that would allow licensed concealed carry permit holders to carry on school property with the schools permission. Teachers groups opposed the bill, arguing that they don’t want the option to allow concealed carry in the schools. The bill also contained addendums such as the schools having to provide for training with local law enforcement; as well as inform them of who would be authorized to carry within the school. The bill also contains an immunity provision as a safeguard that will act to keep schools from being served with a lawsuit due to their decisions regarding the bill.

To me, the subject of carrying on school property strikes a personal cord. I was in Iraq when the shooting took place at Virginia Tech. I had friends that attended that school at the time. I know people directly affected by the tragedy. While gun grabbers and anti-gun promoters seem to think the only solution is to take firearms from the capable hands of law-abiding citizens; I feel a more effective solution would be to remove the restrictions preventing those citizens from defending themselves and the lives of the children they educate.

Had concealed carry been allowed on school property at Virginia Tech, or Sandy Hook; perhaps the outcome of the horrific shootings would have been far less severe and heartbreaking. Since then, this debate has been the subject of much scrutiny on both sides of the argument. I remember reading an article posted not long after Sandy Hook; stating that since so many Veterans were without jobs perhaps the solution was to hire them as security for local schools. A few trained and armed Veterans patrolling the hallways of any given school would certainly deter any malicious attempt; or at least make them rethink their life choices. Granted, such a solution is far from becoming a reality; but if it ever did rest assured I’d be one of the first of no doubt many Veteran’s dropping their resume off at the local school district office.

However, that’s not what this bill is about. It’s about lawfully arming teachers and staff, offering them the proper training in order to protect themselves and the lives of the students they educate. As is common in most schools after the growing rise of school shootings, current reactions to such an alert are barricading rooms and sheltering in place to wait for the authorities. More dishearteningly, those caught in the immediate threat are told to run in a zigzag pattern and retreat to safety. In my opinion, these options alone are just unacceptable. Having armed staff and educators within the school would not only discourage shootings, but vastly decrease the amount of casualties should one occur.

I’m hoping other States follow the example of North Dakota. Changes are needed to insure the protection of students and teachers alike. The threat is real. It’s time to put aside irresponsible stubbornness and uneducated opinions that keeping children sheltered and away from firearms will keep them safe from someone wishing to use one on them.