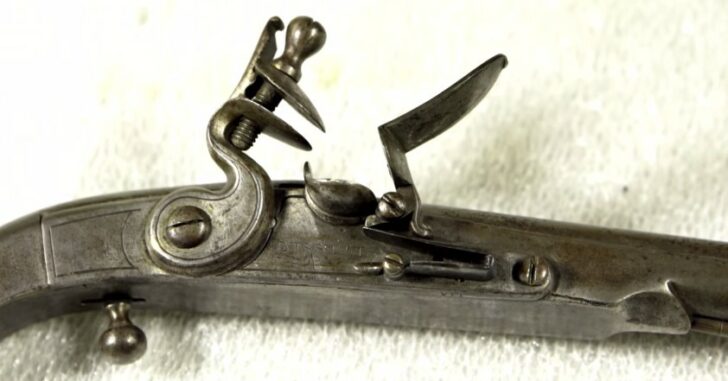 In a glaring example of bureaucratic stupidity, the Cumberland County (NJ) prosecutor is seeking a felony conviction for Gordon Van Gilder, a 72 year-old retired teacher. Mr. Van Gilder was involved in a traffic stop when he consented to a vehicle search which revealed a 300 year-old antique flintlock pistol in the glove compartment. The pistol was not loaded and was wrapped in a cloth. Mr. Van Gilder collects 18th Century historical items, of which this pistol is a prime example.

The Washington Times reported that the Deputies let him go, but came to his home the next morning, where they arrested Van Gilder and took him into custody. New Jersey Law specifically includes antiques in its list of prohibited firearms, although federal law exempts them. Van Gilder is now charged with a felony. If convicted, he faces up to 10 years in a state prison. Mr. Van Guilder has retained an attorney to defend him and has launched a website to help fund his legal defense. Even if a plea-bargain is successful, Mr. Van Gilder faces the consequences which accompany a felony conviction, including possible loss of his pension. In 2013, there were 401 murders reported in New Jersey. Why is law enforcement wasting time on harassing an old man with a harmless antique firearm? New Jersey concealed carry requirements are among the most restrictive in the Nation. No reciprocity is granted to out of state permit holders. Further, it is illegal to use hollow-point projectiles in a personal defense gun.

I urge all of you who are committed to responsible concealed carry to write to NJ Governor Chris Christie and let him know your feelings on New Jersey’s draconian gun laws. Further, please consider making a contribution to Mr. Van Gilder’s legal defense fund. For my part, I will avoid any business dealing or purchasing decision which either directly or indirectly benefits the New Jersey state government. Stay Safe.

Previous article: Strict Gun Control No Deterrent To Terror Attacks In Copenhagen Next article: [VIDEO] As Real As It Gets: Officer Fires On Suspect In Vehicle After He Pulls A Gun During Routine Traffic Stop