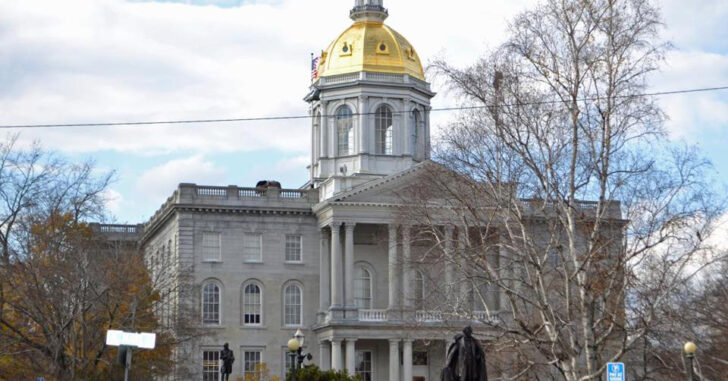 Firearms were first banned in NH house chambers in the 1970’s, and since then has gone back and forth with the idea. Now, the Republican-led House of Representatives voted in favor of re-allowing concealed carry in it’s chambers,  228 votes to 149.

This was one of the first things voted on by the new legislature.

In the 1970’s, concealed carry was first banned.

Then in 2006, the ban was lifted by Republicans.

But then just three years later, the ban was reinstated by Democrats.

Then in 2010, the ban was lifted again by Republicans.

Then in 2012, there was a partial ban by Democrats that prohibited lawmakers and others from carrying in parts of the building controlled by the House.

Do you see how this gets ridiculous?

For the people who still cry ‘wild west’ stories, it’s time to get over it. The only time that I hear of a shootout is when some thug(s) is breaking the law with their illegally-possessed firearm.

It’s time to put an end to this game, and stop restricting the rights of the citizens. This back and forth ban-or-no-ban is just absurd.

The gun free zone is an illusion, folks.

Previous article: Correctional Officer Has A Negligent Discharge And Ends Up Shooting Himself And His 12-Year-Old Daughter Next article: 4 Thugs Rob Self-Defense Shop, 3 Wounded In Shootout With Owners, 1 Owner Dead