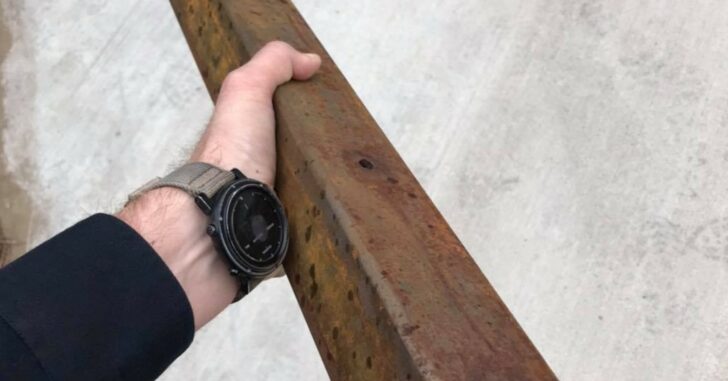 KENNEWICK, WASHINGTON – A woman armed herself with a firearm, barricaded herself in, and called police as a man with a large piece of steel tubing attempted to break through the door and force his way into the residence. KPD officers were dispatched to the burglary in progress in the 2700 block of South Sherman Street at 1:23 p.m.

During the call, the woman said that a man was outside of the residence armed with a 2”x 2” steel tube and was trying to break through the front door. She first armed herself with a firearm, then barricaded herself in the back of the residence and waited for help to arrive.

Officers encountered the man, identified as 65-year-old Monty Bockman. He fled to the back of the residence but was quickly caught and was arrested without incident. Police say that there is an active protection order in place for a resident of the home, and that Bockman is not allowed to be there. He was booked into the Benton County Jail for attempted residential burglary and felony order violation.

The Kennewick Police Department posted the following statement on their Facebook page commending the woman and her actions during the traumatic incident, saying:

“We won’t release the victim’s name in this incident but would like to let her know publicly that we were impressed with her great restraint and example of being an armed citizen in our city during a very traumatic event.  We recognize every second matters in situations like this and hope this will explain why we were not driving 20mph through the construction zone on Bob Olsen Parkway on our way there.”

Previous article: Homeowner Opens Fire on Pair of Men Who Broke Into His Home Next article: Active Shooter Taken Down At Military Base In Maryland, 2 People Shot