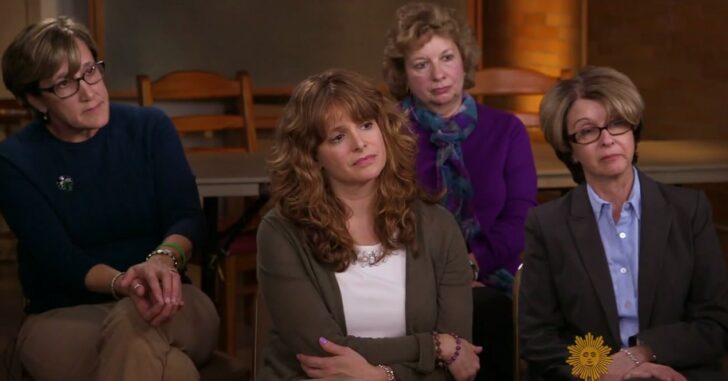 In a recent interview and for the first time ever, four Sandy Hook Elementary teachers sat down to discuss the events of that horrible day. I cannot fathom what they went through during and after the incident, and it is something that will follow them for the rest of their lives. As I write this article, I repeatedly reminded myself to be cautious as to the language I choose, because this is such a sensitive topic.

With that said, the teachers made some troubling remarks during the interview that I do not agree with.

For the purposes of this article, we are going to focus on the last few moments of the video above, and will highlight the times that associate with each topic.

“The less number of bullets in a magazine, in our case, certainly… there could have been more survivors.”

After the investigation, it was learned that the perpetrator often fired just 15 or so rounds out of the fully-loaded 30 round magazines, and would reload frequently. Remember that it only takes a second to swap out a magazine, and the number of rounds that any given magazine can hold is irrelevant. If a person has 100 rounds in 4 magazines or 100 rounds in 10 magazines, they still have 100 rounds.

When asked if any of them wished they had had a gun on the day of the shooting, all four teachers answered no. One even elaborated and stated that she had never thought of that. I don’t mean to be insensitive, but I would be surprised that a thought never went through her mind at some point over the last two years that asked the question: What, if anything, could have been done to stop this perpetrator from continuing? During that thought, a good guy with a gun (either themselves or another armed faculty member) never came into the equation?

Another teacher goes on to discuss her thoughts on the outcome if an armed individual had been at the door during the shooting.

And you know what, if there had been someone at the entrance to our school with a gun, they would have been dead too. There’s a reason they call them assault weapons. It’s an impossible barrage to survive from. We survived because we were lucky and because he was stopped for whatever reason before he could do more damage.

Let’s be honest here for a moment. The reason that the perpetrator stopped firing was because police were entering the building. He knew at that time, it was over. He now faced lethal force that he had not encountered since entering the building, and his only way out was to take his own life. This was an end-game for him.

If an armed individual had been at the entrance, it most certainly would have leveled the playing field, even if only for a moment. If a perpetrator does take out an armed employee, I would imagine that it would still be enough for them to wonder if others in the building were also armed.

But don’t forget, armed security is trained to respond to events such as this. I, for one, would want a good guy with a gun on my side.

Let’s not forget about the Colorado school shooting that ended in seconds because of armed personnel on school grounds.

A line taken right out of the worst report in recent memory where Shannon Watt’s group Everytown For Gun Safety states that (at the time of the report, 74) nearly 100 school shootings have taken place since the Sandy Hook tragedy. This report offers up incidents that happened in the middle of the night, gang violence, etc. To compare them to something like what happened at Sandy Hook is absurd. They are not school shootings, they just happened to occur on school grounds.

The group of teachers makes mention of the need for universal background checks during the interview. While this is a hot topic in the gun control debate, it would not have made any difference in this case. Every firearm that the perpetrator had on him during the crime was stolen from his mother, meaning that a background check would have no effect on him getting his hands on the firearms.

I feel like I’m beating this to death with all of these types of articles, but the fact remains that we do not have a gun issue in this country. If you can’t see by now that we are –and have been — facing a mental health issue, there is no hope.

Previous article: TX Homeowner Holds Two Robbers At Gunpoint For Breaking Into Shed, What Would You Have Done? Next article: Top 10 Self Defense Rounds For Concealed Carry