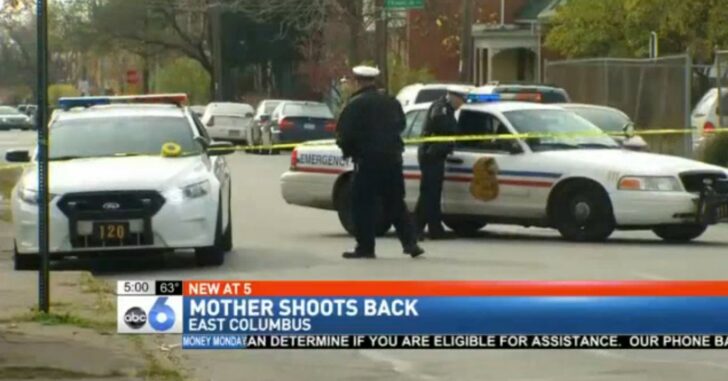 A Columbus, OH mother went to get her concealed carry permit just this fall after feeling threatened by two men who broke into her home, have been harassing her for years. She’s lucky she got it when she did.

The mother and her 13-year-old son were at the corner store when two men approached them and opened fire on her son, shooting him in the leg and foot. Having her concealed carry firearm, the mother fired back at both men to defend her son.

She says that she immediately recognized one of the suspects, Kevin Hayden, because she says that he has been harassing her for years after breaking into her home.

Hayden was sent to jail and charges are pending against the other man involved.

I always find it incredibly ironic when I report on a ‘Concealed Carry In Action’ piece and think; this law-abiding citizen went through the hoops of fire to legally carry a firearm, yet we have thugs all over the place who never follow the laws and carry anyway.

Do you think it’s time we take an honest look at the ‘need’ for concealed carry permits? I don’t condone breaking the law by carrying without a permit when required, but it’s time the people who write the laws see that they simply do not work.

Previous article: Update: Men Who Taped Slap-Happy Sheriff Plan To Sue County Next article: Florida Middle School Has Active Shooter Drill, Except No One Knew It Was A Drill, Leaving Students Terrified