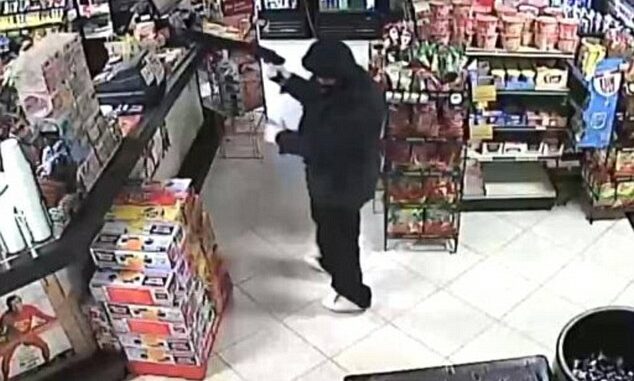 A family who owns a convenience store in Houston has been the subject of numerous robberies since they first opened three years ago. During this robbery though, the store owner sent an entirely different message.

The day was uneventful until a man came barging into the store with a shotgun. He went up to the counter and pointed it directly at the cashier. The cashier’s brother, 20-year-old Usman Seth, wasn’t about to let anything happen to his sister.

“I wanted to make the threat go away”

And protect them he did. His father was also there at the time, and handed Seth his 9mm Smith & Wesson handgun that they keep for protection. Seth fired at the robber, hitting him in the leg. But it wasn’t enough to stop him.

The robber kept pressing forward with his shotgun, firing at the store owners. When the robber positioned himself next to a soda machine, Seth saw his opportunity to fire another shot, which ended up killing the robber. The robber’s brother was said to have visited the store after the shooting and threatened retaliation against the family by killing them. I can only hope that the family has other firearms available, because the one used in this self-defense shooting is most likely in police custody as evidence.

Previous article: [VIDEO] The Children Of Charlie Vacca, The Instructor Accidentally Killed By A 9-Year-Old Firing An Uzi, Release A Video Statement To The Young Girl Next article: I Went To Visit My Father In The Hospital And They Wouldn't Let Me Get Any Gun Related Work Done