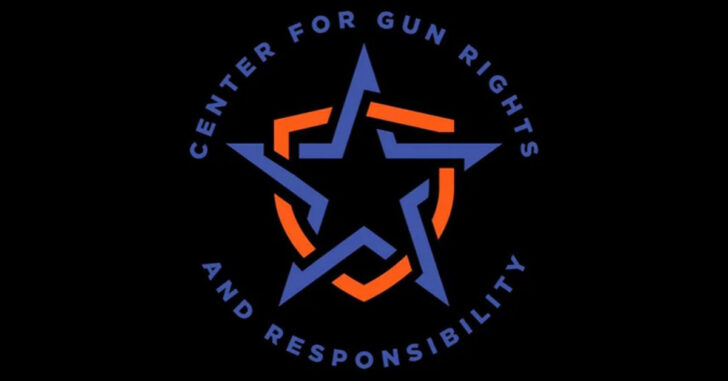 By Dan Zimmerman via TTAG. Republished with permission.

“I believe fundamentally in the Second Amendment right to bear arms.”

A lot of people said those words or a close approximation thereof at last November’s 2A rally on Capitol Hill. But one person who surprised the crowd with that declaration was former Brady Campaign president Dan Gross.

Yes, that Dan Gross. The man who used to head the gun control operation that started life as the National Council to Control Handguns. Gross got involved in gun control after his brother was shot during a mass shooting at the top of the Empire State Building in 1997. He was Brady president from 2012 until two years ago.

So it was more than a little jarring to hear Gross address the staunchly pro-gun crowd that day…saying a lot of the right things and getting a generally warm welcome.

But while he didn’t elaborate on why he left gun control advocacy, his audience probably reasonably inferred that he had disagreements over philosophy…basically, how to actually prevent gun-related injuries and deaths.

As he told the crowd that day, gun owners are “relentlessly and, I believe, unfairly demonized.” He has differences with people whose “ideological hatred of guns and the people who own them is more important to some people than the actual goal of saving lives.” These are “people who pretend they care about saving lives but really have other agendas.”

That’s why, he told the crowd of gun owners, he has “much more in common with all of you, a crowd of law-abiding and responsible gun owners, than I do with a crowd of people who just want to ban guns.”

That’s why Rob Pincus has teamed up with Gross on a new venture, something they’re calling Center for Gun Rights and Responsibility. Pincus is a firearms trainer, consultant and author. He’s also Very involved with operations like Save the Second, The Second Amendment Organization and Walk the Talk America.

As Pincus and Gross told TTAG, the idea behind CGRR is to be non-partisan (as Pincus put it, “dogmatically non-political”) advocates for actual gun safety initiatives. Measures that will save lives and prevent injuries.

That, we assume, is as opposed to the bogus “gun safety” euphemism used by the gun control industry to mask their prohibition and confiscation agenda.

The goal, they say, is for firearms owners to reclaim the narrative. If gun owners are going to be against government regulation and interference with their Second Amendment rights, they need to be for something…for taking positive steps to increase the safety and responsibility of gun owners as a group.

The CGRR had a somewhat halting rollout at the SHOT Show with a number of attendees fairly alarmed at the involvement of someone seen as a prominent (if now former) advocate for gun control. But the two aren’t deterred and Pincus says he’s confident he isn’t getting “played” by a gun-grabber in gun rights clothing.

One of their first initiatives is pushing something they’re calling GunPRO (Pledge for Responsible Ownership). They’re looking for the support of gun shops, ranges, clubs and state associations to promote gun owners taking the GunPRO pledge.

Their three-part pledge will be to 1) learn to use your firearm safely, 2) prevent unauthorized access to it, and to 3) seek voluntary, temporary alternate storage of your gun (with a friend, a club, an FFL, etc.) in times of mental health or other crisis situations when having a gun in the house may present a risk.

The CGRR is still very much in its infancy. They have the beginnings of Facebook and Instagram pages, but no web site yet and nowhere for gun owners to register their GunPRO pledges, though all of that is in the works.

Once that’s all sorted out, they’ll have a formal announcement and rollout of the program. In the mean time, they’ve issued this statement:

One of the nation’s best-known Second Amendment advocates and firearm experts, Rob Pincus, and the former president of the Brady Campaign to Prevent Gun Violence, Dan Gross, announced the creation of the Center for Gun Rights and Responsibility (CGRR).

The new organization’s mission will be to conduct and advocate for strictly non-legislative educational and awareness projects aimed at reducing negative outcomes with firearms, such as its flagship program, the GunPRO “pledge of responsible ownership” that will be announced at the event.

“In the successful efforts to expand gun ownership and gun rights,” says Pincus, “I fear that we ourselves have not done enough to educate and promote gun responsibility. I fear that we have not policed our own assertively enough when it comes to issues such as gun storage, gun use and general firearms education around the best practices when it comes to defensive firearms carry and the defensive use of firearms in or around our homes, families and businesses. Too many children have been shot accidentally. Too many teens have completed suicide or committed murders with their parents’ guns.“

Dan Gross adds, “”I’ve always believed that If you want to talk about preventing tragedies with guns that are legally owned, it should begin with a conversation with gun owners themselves. By engaging in education and awareness around responsible gun ownership, and without even talking about laws, I believe we have a massive opportunity both to protect gun rights and to do what every decent American wants, which is to keep us all safe.

The organization was launched in Las Vegas at this year’s SHOT (Shooting, Hunting, Outdoor Trade) Show, the gun industry’s largest trade show, on Thursday, Jan. 23, during a discussion with gun industry leaders and advocates from all sides of the issue.

Previous article: Do You Carry With A Round In The Chamber? Our Poll Results Are Just As Expected Next article: Burglar Who Walked Right Into House, Shocked To Find Resident With Gun