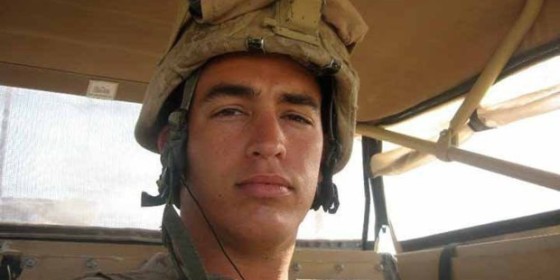 For over a month, Sgt. Andrew Tahmooressi, a U.S. Marine and Afghanistan war veteran, has been held in a Mexico prison for unintentionally crossing the border with personal firearms in his vehicle.

Tahmooressi had recently moved to the area to receive treatment for his post-traumatic stress disorder, and was on his way to a friends house when he took a wrong turn. This wrong turn eventually led him to cross the US-Mexico border and began his troubles with Mexican authorities.

“I accidentally drove into Mexico with 3 guns … a rifle (AR-15), a .45 cal pistol and a 12 gauge pump shotgun with no intensions (sic) on being in Mexico or being involved in any criminal activities,” Tahmooressi wrote in a statement of innocence to U.S. Rep. Duncan Hunter. “I have rights to all 3 weapons. They are under my name … Please help me.”

Tahmooressi, 25, has a pending court date of May 28th according to the Mexico attorney general’s office.

A petition at whitehouse.gov has been started and has already received over 13,000 signatures.

Previous article: Detroit grandmother saved by her concealed carry permit Next article: When is it justified to draw your firearm?