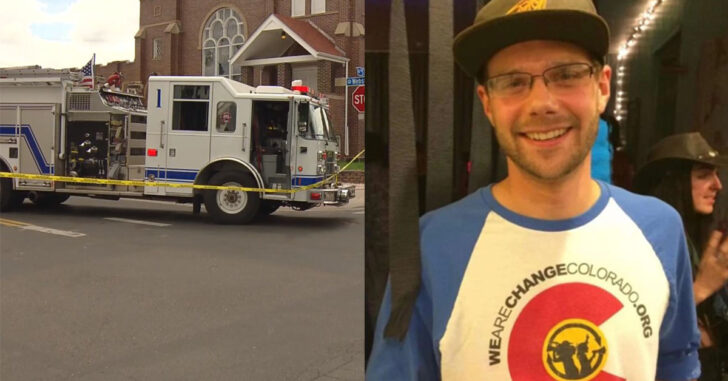 ARVADA, COLORADO — A 40-year-old armed citizen, identified as John Hurley, was shopping on Monday when he saw a gunman in the area and decided to take action. Hurley drew his firearm and went out of the business where he was, and is said to have fired several shots at the gunman.

“He did not hesitate; he didn’t stand there and think about it. He totally heard the gunfire, went to the door, saw the shooter and immediately ran in that direction,” a witness said. “I just want to make sure his family knows how heroic he was.”

After the incident, it was unclear how Hurley was shot. When Hurley fired on the suspect, the suspect at the time was firing at a police officer. After some investigating by police, it seems that Hurley was shot by an officer.

Arvada Police Officer Gordon Beesley, a 19-year veteran on the force, also died during the incident. The suspect was also killed. Beesley was responding to a call about a suspicious incident outside the library, and 15 minutes later is when a call came in about shots fired.

Chief Strate said Tuesday Beesley had been “ambushed” by a person “who expressed hatred of police officers” and because “he was wearing an Arvada Police uniform and badge,” but the chief did not elaborate on those statements.

It is possible that police mistook Hurley for the gunman, or an additional gunman that they were unaware of. It could also be possible that Hurley was caught in crossfire, although these details will remain unknown until a complete investigation is done.

Hurley’s actions were absolutely brave, but in the same breath, you need to figure out a way to communicate to police that you’re a good guy if you’ve made the decision to get involved. That’s a tough thing to do in many cases, but had Hurley not done what he had, police believe that the loss of life could have been greater.

A Gofundme page has been set up by a friend of the family and has raised over $40,000 as of this writing.