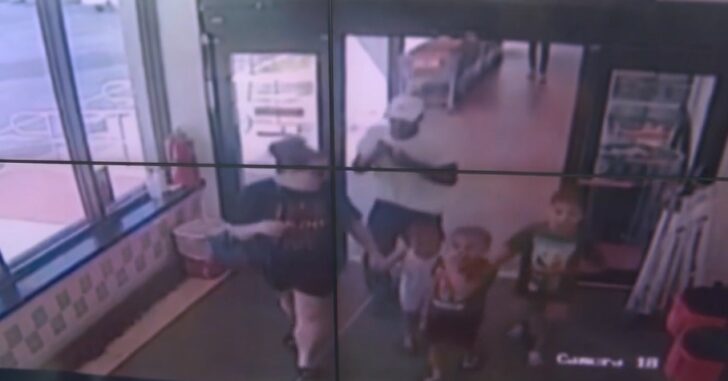 NORTH LAUDERDALE, FLORIDA — On August 23rd, Broward County Deputies responded to a local grocery store in the 8000 block of West McNab Road in North Lauderdale.  When they arrived, they learned that a man had tried to snatch a necklace from a woman and when she resisted, he punched her in the face.  The suspect took the necklace off during the struggle and escaped.

The incident was captured on store surveillance video.  The video showed the suspect get out of a Nissan that was parked in the back of the lot and begin following the woman, who was with her three young children.

As she entered the store, the man, who was pretending to be on the phone, ran up and grabbed her necklace.  As the woman struggled to hold onto her necklace, the suspect punched her in the face and knocked her to the ground.  He then pulled the necklace off and fled in the Nissan.

Police released several videos showing the suspect and his vehicle on August 31st and are asking anyone with information to contact detectives with the Broward County Sheriff’s Office.

Attacks like this illustrate the need to maintain situational awareness despite being distracted by our kids, and highlight the need for self-defense training and preparedness for the masses.