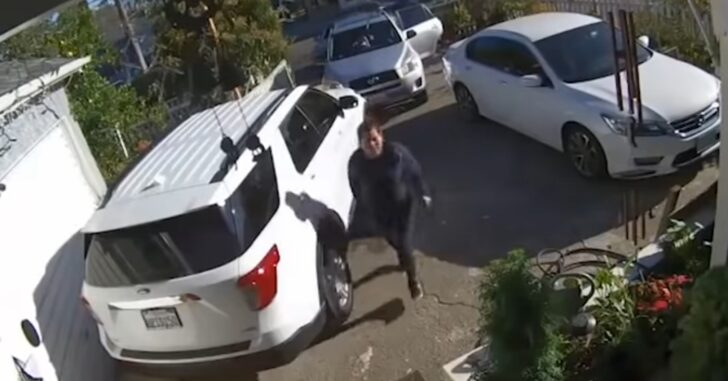 Domestic violence is some of the worst stuff we see, but it unfortunately happens all too often. A mother in California lost her life after her ex-boyfriend, also a known gang member and father of her child, decided that he wasn’t going to take the break-up as an option.

The woman is seen on camera outside of her vehicle in the driveway when another vehicle pulls in behind her. The ex gets out and as soon as she sees who it is, she makes a run for the house.

Unfortunately, she doesn’t make it and the ex chases after her and shoots her in a cold-blooded rage.

She was shot 6 times and did not make it.

Police were able to catch up with the ex in another state, but he took his own life, leaving their child without any parents.

The nature of the video below is graphic. Proceed with caution.

Why do we promote responsible gun ownership and carrying? You just saw one of the main reasons. Seeing a person defenseless and at the mercy of a criminal, who wishes to do them harm, is a terrible thing to witness.

We can never say that a person would survive an incident if they were armed, because having a defensive tool doesn’t guarantee your success. However, it does help, in more cases than not, to level the playing field and give that person a fighting chance.

Previous article: Wife Shoots Knife-Wielding Assailant In The Throat To Stop Attack On Her Husband Next article: Armed Man Fatally Shot By Employee After Creating A Disturbance Inside Domino’s