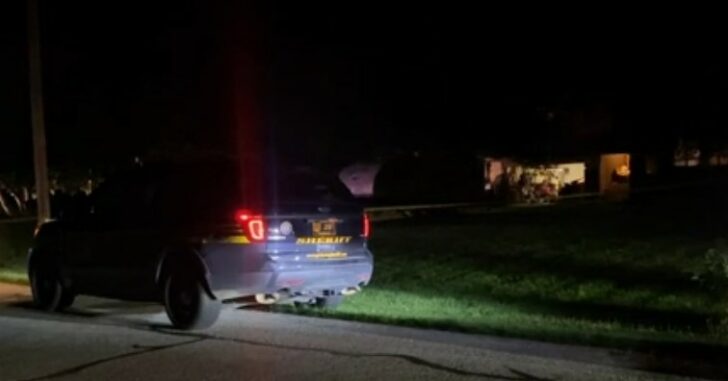 PICKAWAY COUNTY, OHIO — A man is dead after a homeowner shot and killed him during a home invasion, according to police.

According to initial reports, a man broke into a home in the 1100 block of Thrailkill Road in Pickaway County, Ohio just before midnight on Sunday July 24, 2022.

A 911 Caller told dispatchers that an intruder entered through a side door in the home and was attempting to “burglarize” the house. When authorities arrived, they found the man deceased on the lower level of the home with the homeowners upstairs. The intruder was described as a black male with multiple gunshot wounds. He was pronounced dead shortly after midnight by emergency medical services and had no identifying information on his person.

His body was taken to a nearby county for an autopsy. Law enforcement disclosed that there was damage to the side door of the home. So far, the homeowner is not facing any charges.

Previous article: GRAPHIC WARNING: Store Owner Stabs Robber Who Thought He Died But Didn't Next article: Tow Truck Driver Shoots Man During Violent Altercation, Is Then Shot At By Another Person Nearby