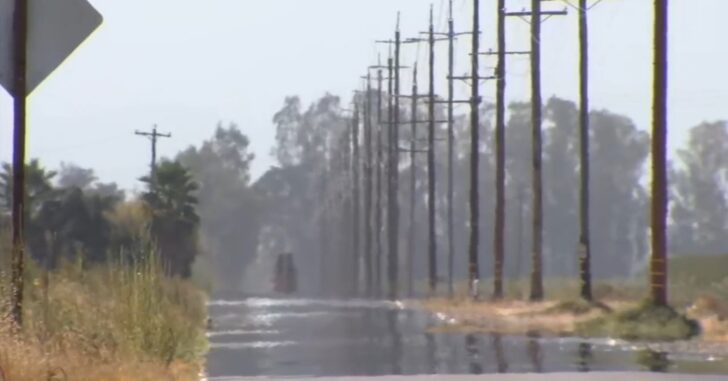 MERCED COUNTY, CALIFORNIA — A party ended with numerous people needing care for knife wounds, and their attacker fighting for his life after being shot.

Deputies say a party was underway at a ranch down Green House Road when 48-year-old Mario Quinonez from Gustine became intoxicated and started threatening people with a knife.

“He cut a couple of people, and at some point or another, one of the subjects who was assaulted with the knife pulled out a gun to defend himself and ended up shooting the decedent,” said Merced County sheriff’s deputy Daryl Allen.

A friend drove the shot man to the road so that the ambulance could get to him quicker. They say the paramedics worked on him for a good 45 minutes.

He did not survive.

All of the people at the party were said to be friends and family, which makes this even more tragic. Alcohol can be an ugly thing when mixed with the wrong person, but at least one person had the frame of mind to carry a firearm with him. Just in case.

Previous article: [FIREARM REVIEW] Rock Island Armory BBR 3.10 Sub-Compact 1911 Next article: Man Chased Down By Three Thugs, Assaulted: Then It Was His Turn