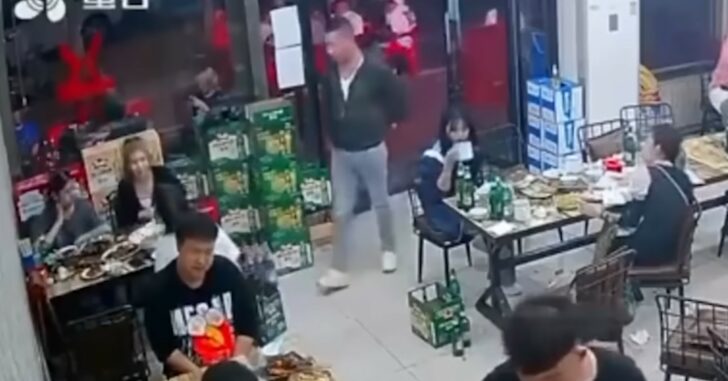 This one is out of China and is a tough one to watch, but is a sad but solid reminder of why we help to promote concealed carry and a self-defensive attitude.

Not far along into this incident and anyone nearby with a gun would have absolutely been justified in using that gun against the multiple aggressors, who began attacking a group of women after one of those women declined the advances of one of the men.

The situation escalates so quickly, and there aren’t many people there who were willing to get themselves involved, and the terrible beating continued for what seems like forever.

This is absolutely why we promote the carrying of self-defensive tools such as pepper spray and/or firearms, as we won’t always know when trouble is about to come knocking on our door. As individuals, it’s up to us to protect ourselves because as we clearly see here, no one is coming to save you even among dozens of people nearby.

Previous article: Should This Man Be Facing Charges For Stabbing A Man During Dispute Over Chips? Next article: 4th Of July Mass Shooting Stopped After Tipster Called Police After Overhearing Plans Of Attack