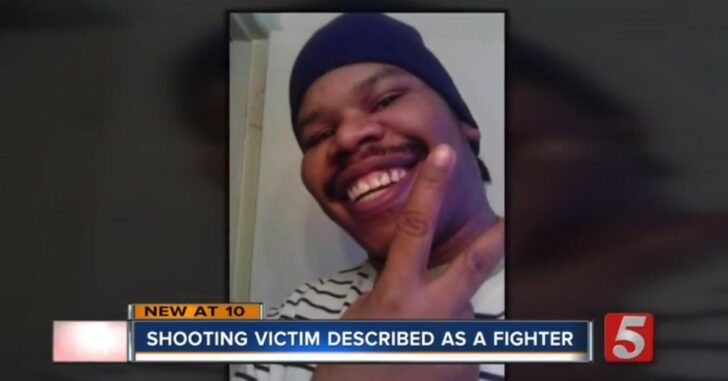 We know better. Maurice Farris is a hero.

A masked robber was killed and a restaurant manager was injured in a shooting at a Burger King in the Rivergate neighborhood.

Metro Nashville police were called to the Burger King on Gallatin Pike North, just east of Conference Drive, at about 11:30 p.m. Monday.

Three masked persons, at least two of them armed, got into the restaurant through the back door with 18-year-old Kenneth L. Jernigan in the lead.

As they entered the kitchen area, Burger King Manager 34-year-old Maurice Farris immediately tackled Jernigan. The shots rang out during the struggle.

The other two accomplices took off running and are being sought by police. The other armed man that was tackled by Farris was shot and killed. News reports were unclear as to how the deceased suspect was shot, but it seems that he was shot with his own gun during the struggle.

“I can’t say I’m a hero because I just feel like I did the right thing,” Farris said. “I didn’t want to put us in a situation where they would line us up and shoot all of us, I was that scared.”

“I still regret killing him. I feel like God doesn’t have an excuse for you to kill somebody so if there was a way I could’ve just injured him, I’d feel a lot better,” Farris said. “I took his life away and it makes me feel bad.”

“I’m thankful to be alive, that’s the biggest thing. I feel like God could’ve taken me so I feel like he has a plan for me and I really want to know what it is,” Farris said.

Farris was taken to the hospital with gunshot wounds to his leg, stomach and chest. He has since been released from the hospital.