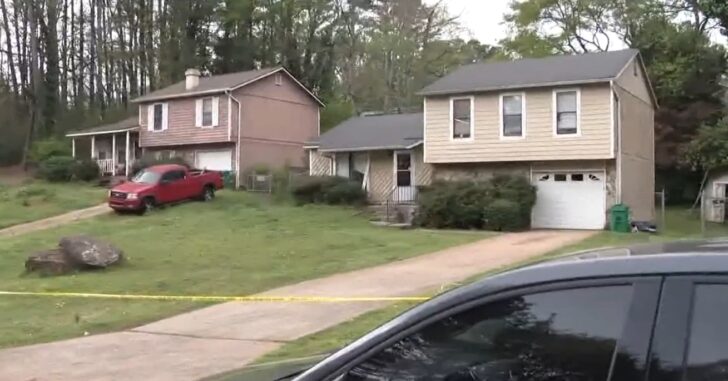 STONE MOUNTAIN, GEORGIA – A 6-year-old boy is dead and his father, 29-year-old D’Onte Patterson, is facing charges of murder in the second degree and cruelty to children. The tragedy occurred in a home near Wood Path Drive and South Indian Creek Drive on Friday.  At 1:05 p.m., DeKalb County Police received the call. The young victim was transported to the hospital by family members but died from his injuries.

During questioning by detectives, Patterson stated that the 6- and 8-year-old boys found a loaded long gun on the floor of an upstairs bedroom. The younger sibling was accidentally shot by his brother. Paterson and the boy’s uncle were both downstairs watching television at the time and heard the shot. They rushed the child to the hospital where he was pronounced dead.

Making the case even worse is the fact that four adults – the parents, an uncle, and a grandmother – and seven sibling or stepsibling children live in the home where the unsecured firearm was left for anyone to discover. While the shooting may have been an accident on the part of the child, it is pure and utter negligence and child endangerment for any adult to leave a loaded firearm anywhere within the reach of children, especially on the floor of a house filled with youngsters.

Next door neighbor Annette Barber, whose grandchildren play with the children from the Patterson house, said, “It hits hard and it hits deep. It just hurts so bad to have to hear this, you know, of a shooting, again, of a child getting a hand on a gun.”

Another next door neighbor, Hiram McDonald, fought back tears as he said, “I loved him like he was my own son, you know? It’s sad, man, it’s really sad.”