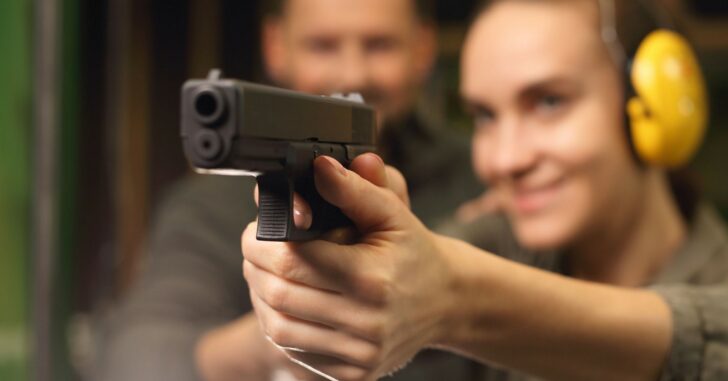 The Federal Bureau of Investigation (FBI) recently published the December 2021 numbers for the National Instant Criminal Background Check System (NCIS), completing the statistics for the year. While there was a slight decline in the number of background checks as compared to the previous year, the total remained more than 10 million above any other year prior to 2020.

An important fact to bear in mind is that the statistics represent the number of background checks initiated through the NICS only, and therefore, cannot be assumed to indicate the actual number of firearms purchased. An individual named on a check may buy one firearm, multiple firearms, or no firearms. However, since the first complete year of statistics was published in 1999, the NICS numbers have been the best indicator of firearm purchases, as firearm manufacturers, importers, distributors, or retailers are not required to report actual sales numbers.

The NICS report indicates that a total of 38,876,673 checks were processed in 2021, only two percent less than the all-time high record of 39,695,315 that was set a year earlier in 2020 as the COVID-19 pandemic and widespread social unrest, demonstrations and riots occurred throughout the United States.

While much of the pandemic panic has subsided and the violent demonstrations and riots have diminished as well, it is apparent that millions of Americans continue to be interested in obtaining firearms for personal protection or other reasons.

Education and training in the proper handling and storage of firearms continues to be an area of concern, as does a general lack of knowledge of self-defense and justified use laws. And the problem is not confined to new gun owners – people who have owned guns for years are often guilty of failure to observe and practice even the most basic of gun safety rules, secure storage requirements, and laws regulating firearms.

All too frequently we see incidents of negligent discharges among gun owners and accidental discharges by minors and other unauthorized individuals who find or otherwise gain access to loaded firearms, often with tragic results.  The number of unsecured firearm thefts from homes and vehicles (which are often unlocked) is in the tens of thousands each year. Stolen by criminals, these guns are typically used in subsequent crimes or sold to other criminals. Then there are the guns left in hotel rooms and public restrooms, and those seized at airports and other restricted environments after being “forgotten” and left in a pocket, backpack, or luggage.

We report on unjustified “bad shoots” where the gun owner shoots a suspect who is fleeing on foot or in a vehicle, those who intervene in situations where they are not fully aware of the circumstances, and those who tragically shoot innocent people (including their own family members) because they fail to properly identify a silhouette in the dark or the person knocking on the other side of the door.

As gun owners, we have a high level of responsibility to know where our firearms are at all times, to properly store and secure them from unauthorized individuals, and to know the where, when, and why of legally using them to defend ourselves, our loved ones and our homes.

We also have a high level of responsibility to influence other legal gun owners in our families, workplaces, churches, and other social settings. We are responsible for tactfully but firmly informing and educating anyone that we see or have reason to believe is not taking responsibility for their personal firearm(s) seriously.

If they have not been properly trained in the basic gun safety rules, the importance of safe and secure storage, or the generalities of the laws governing the ownership, transport, carrying and use of firearms, particularly in the realm of self-defense, it is our responsibility to take the time and make the effort to share our knowledge with them, and encourage them to seek additional education or training if necessary.

Previous article: Man Refuses To Be A Robbery Victim Twice, Fatally Shoots Suspect On Second Attempt Next article: Burglar Inside Victim’s Home Shot Dead By Police After Advancing On Them With Knife