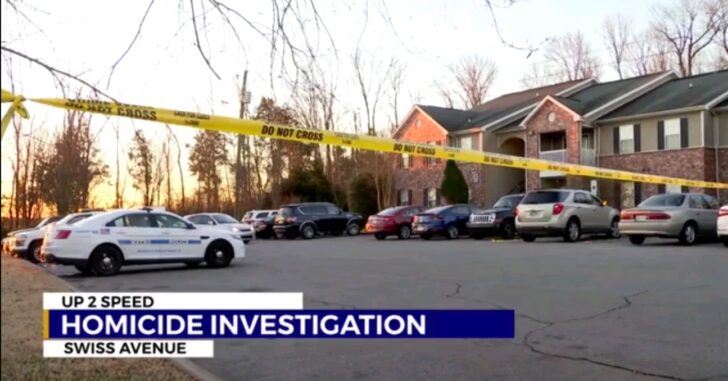 NASHVILLE, TENNESSEE – A history of domestic incidents between a couple ended in the early morning hours of December 22nd when the female killed her boyfriend.  Metro police said the woman called 911 around 12:40 am from her Swiss Avenue apartment off Old Hickory Boulevard and Nolensville Pike, saying that she had fatally shot her boyfriend in self-defense.

The woman, who’s identity has not been released, told detectives that she and her boyfriend were arguing when he grabbed her by the neck and threatened to kill her.  She managed to escape his grip and flee to another room, where she retrieved his pistol and confronted him.  When he moved toward her, she shot him, and he was pronounced dead on the scene. He was identified as 38-year-old Anthony Davis. According to police, they had responded to previous domestic incidents involving the couple. The investigation is continuing, and the case will be reviewed by the District Attorney’s Office. The 31-year-old woman has not been charged.

Unfortunately, victims of abusive relationships often remain trapped in them for years due to any number of reasons. Sadly, it sometimes results in the death of the victim, the abuser, or both, and as we saw in another case recently, it may take innocent lives, including children.

If you are a victim, a concerned family member or friend, or an abuser who needs help, contact the National Domestic Violence Hotline at 1-800-787-3224 or visit www.thehotline.org.