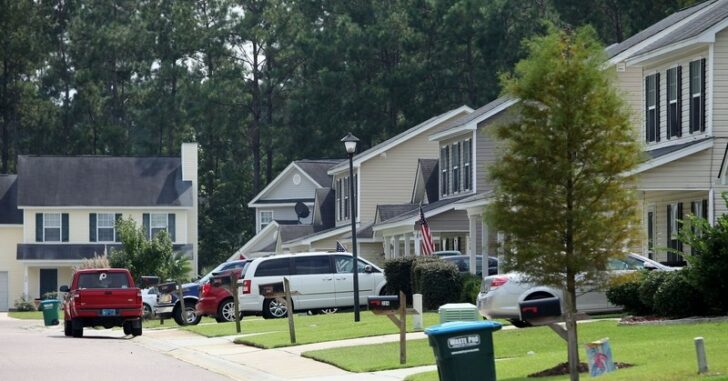 A man was home with his 10-year-old daughter and their family dog when a neighbor walked across the street, entered their home, and began to beat their dog with a cane.

Neighbors sometimes saw Hercules Champaign III walking slowly through their Bradford Chase neighborhood northwest of Summerville. The 36-year-old man had braces on his legs and often used a cane to get around.

On Sunday, authorities said, Champaign grabbed at least one cane and walked across his quiet street, Bainsbury Lane, to a neighbor’s house. Around 1 p.m., according to the Dorchester County Sheriff’s Office, Champaign went inside and started beating the homeowner’s dog with the cane.

Champaign refused to leave the home, and that’s when the homeowner retrieved his firearm and shot twice at Champaign, hitting him with both shots.

Champaign was taken to the hospital to be treated for his injuries and is expected to be charged for the incident. The homeowner is listed on the police report as the victim.

“I saw (Champaign) walking up the street with what looked like sticks in his hands,” (a neighbor) said. “Then I heard two gunshots, and (the homeowner) yelling, ‘Oh my God.'”

S.C. Protection of Persons and Property Act, more commonly referred to as a ‘castle doctrine’ law, allow homeowners to use deadly force against a home intruder. While this law varies from state to state, it seems to cover the homeowner in this case.

Investigators are still looking to determine what may have led up to this incident taking place, but did note that Champaign had recently been “bothering other neighbors in the area”.

If you were the homeowner, would you have done the same thing?

Previous article: Two Students in Custody After Gun Fired in Texas Middle School Next article: [VIDEO] Halloween Is Coming, And That Means Idiots And Their Gun Pranks