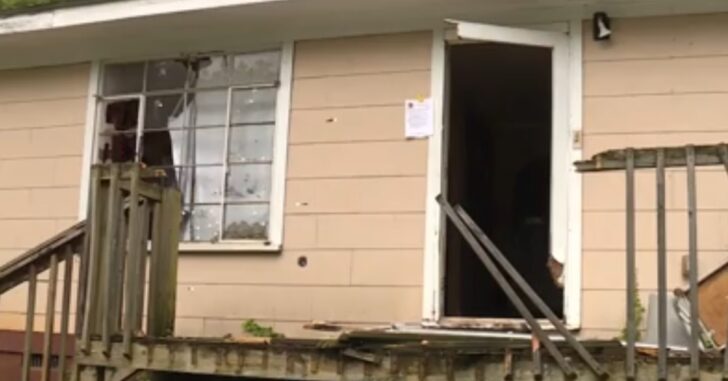 SPARTANBURG, SOUTH CAROLINA — A Charter Communications employee was killed Thursday after being caught up in a shooting suspect’s standoff with police. Two public works employees, a deputy sheriff, and a woman were also wounded and are expected to survive. The man responsible for all of it is also dead.

It all began when the suspect, identified as 45-year-old Shannon Earl Smith, approached two City of Spartanburg utility workers, and asked what they were doing. When they replied that they were repairing a sewer main, Smith shot both.

He then went to his residence on Amelia Street and barricaded himself inside.  Also inside was a woman and a Charter Communications technician who was on a service call at the time.

During the ensuing standoff, a Spartanburg County deputy and the woman suffered gunshot wounds, as did the Charter technician, who died at the scene.  He was identified as Perry James McIntyre, 49, of Landrum, a 9-year employee of Charter.

Smith, who was also shot during the standoff, died from his injuries in the operating room. He has a criminal record dating back to 1998, including charges for drug offenses, simple assault and battery and public disorderly conduct.

Marilyn Murphy, who identified herself as Smith’s aunt, was caught off-guard by the news.  According to her, the woman who was injured was Smith’s mother, who also lived at the home.

Murphy described Smith as a caring person and speculated that something must have set him off. “It shocks me that he’s accused of doing all this, because I cannot see him doing this. I did not see this coming. I tell you, when I heard about it, it just blew me away. I couldn’t believe it, and even the whole family couldn’t believe it. I just couldn’t see Shannon doing this. So I say he had to have been triggered or something snapped.”

Murphy also sent her condolences to the victims and their families. “I’m so sorry it happened like that. That things turned out like that. I’m so sorry. My heart goes out to them.”