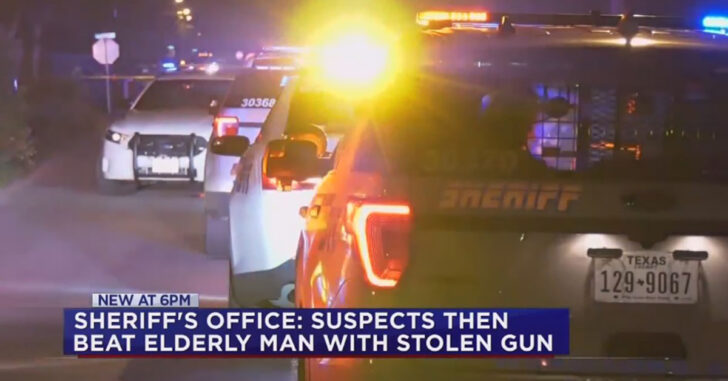 HOUSTON, TX — A pair of robbers in the Houston area got what was coming to them after menacing an entire neighborhood, KTRK reports.

First, the pair started their rampage at a house several blocks away from where one of them would eventually meet his end.

It started as a breaking and entering burglary. A neighbor reported that he saw a pair of individuals taking objects from a home across the street, including televisions, and loading them into their car.

All of this was interrupted when the actual owner of the home arrived with his wife and young son.

According to reports, the robbers started shooting at them with the shotgun they had just stolen from the father, and ran away.

They shot at a young family, for crying out loud.

They didn’t stop there. A couple blocks away, they were found assaulting an elderly man, beating them with the shotgun they had just stolen and used to try and harm a family.

That’s when, finally, a second person at the home produced a firearm and fought back.

The individual shot one of the suspects, killing him.

The other suspect was placed into custody. It does not appear that any charges are going to be filed against the individual who killed the assailant.

As it should be.

The worst part of this story is, really, just how long it took for a good guy to get a gun in his hands.

Hopefully, the father will be the wiser from this encounter.