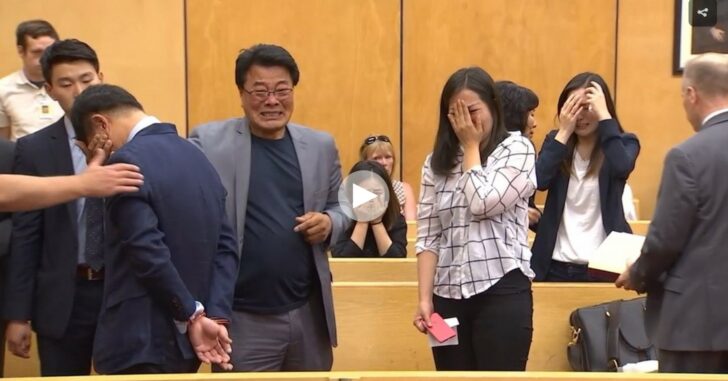 SPANAWAY, WASHINGTON — A convenience store owner was sentenced to 8 years in prison for shooting and killing a fleeing thief. That man, Min Kim, told the judge that he accepted responsibility for what he did. In March of 2016, suspect Jakeel Mason was shoplifting at Kim’s store and when he was trying to flee, he was shot in the back by Kim. But it wasn’t as sinister as it looks. We all know that we should never shoot a fleeing suspect, but there were some events that led up to the tension.

The fatal shooting came one month after Kim’s wife, Seul Lim, was wounded by an armed would-be robber when she and the suspect exchanged gunfire. Those robbery suspects were caught. Then a month later, Kim was the one dealing with people trying to steal from his store. He told KOMO News back then it was a struggle for his gun and he shot the suspect in self defense. “I was down and he was on top of me and he was trying to reach my gun,” Min Kim said in a March 26, 2016 interview.

In summary, maybe Kim simply had enough and was trying to protect his store and family from yet another person ripping him off. The suspect was shown on camera to be unarmed and hands raised when confronted by Kim. Then, when he tries to take off, that’s when the shots were fired. “I did not have the right to take Mr. Mason’s life or anyone else’s life,” Min Kim said in court on Friday. “I feel terrible that I did so and will have to live with that for the rest of my life.” This is a lesson for all gun owners across the world; access the given situation and make absolutely sure that your course of action is a just one. It’s not easy to explain a bullet lodged in someone’s back.
Categories: General, Video