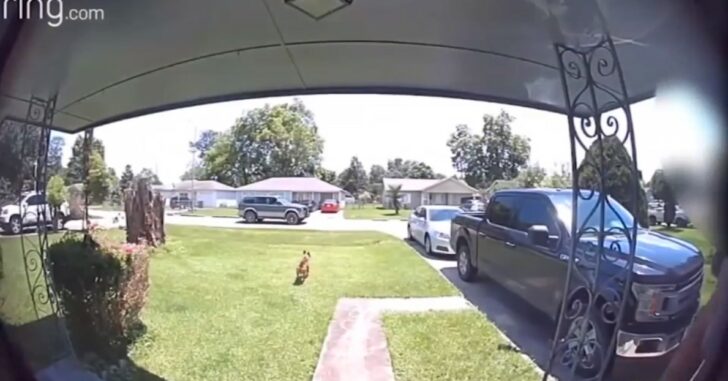 HOUSTON, TEXAS — A mother has been charged with deadly conduct with a firearm after she shot her 5-year-old child during her attempt to target a dog that was loose. Part of the incident was captured on surveillance video and shows the dog come out of the front door of a home and run towards where the woman and her child were.

Shots were fired almost immediately, as you can hear in the video below.

The child was struck in the abdomen and taken to the hospital. Reports state that his injuries are non-life threatening.

“She could have handled it differently. You know, she was there, her husband was there, I was there, nothing would have happened. Nothing bad like that,” said Bruno’s owner.

The woman’s reaction seems awfully quick, and we must remember: Is a life in danger? Has the situation been properly assessed? Does this constitute the use of deadly force? Is this my best option? Do I know what’s behind my target?

It’s a super tough call from the outside, so I’ll just leave those reminders above.