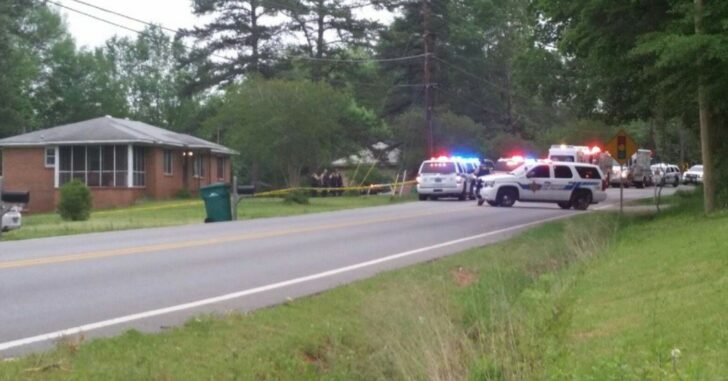 TUSCALOOSA, AL — In a tragic incident of domestic discord, a son shot and killed his own father April 17.

WBRC reports that the man is claiming self-defense in the shooting of his father, 82 year-old Archie McDaniel.

The 40-year-old son went to the home to retrieve some of his belongings reportedly thrown out by his father when his father confronted and threatened him.

“When the son got out of the vehicle, Mr. McDaniel confronted him with a handgun and threatened to kill him. And actually did fire a shot that grazed one of his sons,” said Captain Kip Hart according to WBRC.

That had to be a hard pill to swallow.

Apparently, the son was not the only one threatened. When other relatives came to the scene, they, too, were threatened by McDaniel.

To the son’s credit, being shot didn’t seem to phase him too much. He just wanted his father to drop the weapon.

“Even after being shot, he was still trying to de-escalate it to make his father drop the weapon,” Hart continued. “Which he didn’t. And unfortunately he raised and threatened another family member and he had to make that decision.”

I pray none of us ever has to make that decision. What a nightmare.

No immediate charges were filed after the incident that claimed the life of McDaniel.

Previous article: #DIGTHERIG - Aaren and his Sig P226 in a T-Rex Arms Holster Next article: Domestic Assault Spills Over Into Neighbor's Yard, He Tries To Intervene And Gets Assaulted -- And That's When He Gets His Gun...