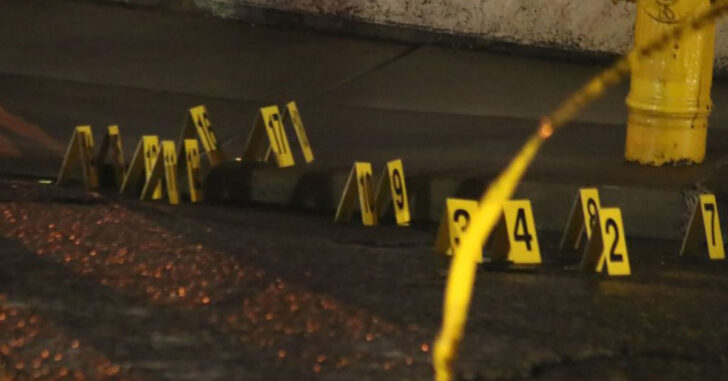 ALLENTOWN, PENNSYLVANIA — Early this morning, a mass shooting took place that left 10 injured outside a nightclub. All of the injured are expected to recover. The 3 suspected gunmen are still on the loose.

This story isn’t all over the main stream media for two reasons;

Had 10 people been killed, every news outlet would be covering it.

As a reader, wasn’t it a frightening feeling to know that 3 suspects were on the loose after shooting 10 people?

Just like we don’t hear about Chicago’s bloody days that happen often, the same holds true in this case. If it’s gang-related, it’s not worthy of ratings.

However, this still occurred at a public location that anyone could have been at. I’m sure that all the people at the club and/or outside, were not members of any gangs. Yet we still have 10 shot, some innocent bystanders, and we still have 3 suspects on the loose.

While not necessarily a danger to the general public, shouldn’t they still be considered armed and dangerous?

MSM doesn’t believe so. The scare factor isn’t there if it’s gang-related. If you’re caught up as an innocent bystander in gang violence, that’s your own fault.

Previous article: Armed Robber Shot In Neck By Armed Employee Who Simply Wasn't Having It Next article: Irresponsible Armed Citizen Charged With Murder After Shooting Suspected Walgreens Thief In The Head