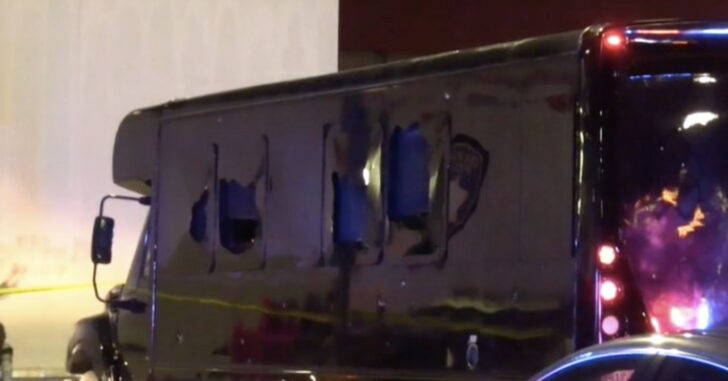 OAKLAND, CALIFORNIA — Two teenagers are dead after police say a bus they were riding on came under fire while traveling down the highway. The victims were on a party bus that was rented for a 21st birthday, and it ended in tragedy.

At least one shooter, who was in another vehicle, began shooting at the bus while they were on the freeway. The vehicle then followed the bus around the city, and that’s when a second shooting took place.

PHOTOS: Investigators put up a yellow tarp on the windows of a party bus that was shot at on I-580 in Oakland. https://t.co/jOJq6kNT5p pic.twitter.com/i8jFCvAngU

Police said at a news conference that the attack doesn’t seem to have been random. There was no clarification as to why, nor was the number of people on the bus at the time of the attack revealed.

Up to 7 people were injured, but the exact number has not yet been stated by police.

Some things in life don’t make sense, and some things can never be completely avoided. It’s tough to come at this story from an armed citizen perspective, because if it’s you that’s on the bus, your options are relatively limited. Still, it’s another sad reminder that absolute scum walks among us, and we need to be prepared as much as we can.