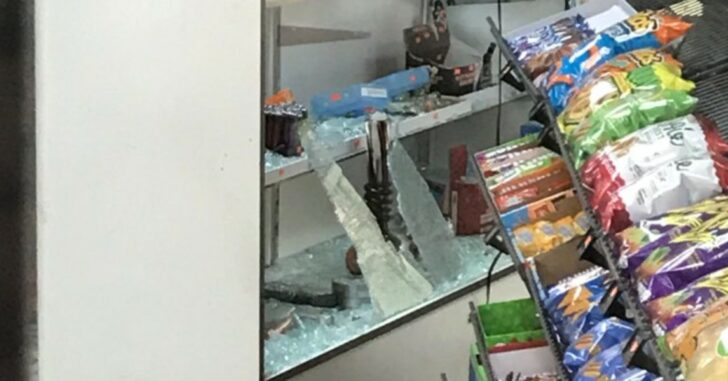 AURORA, CO — A good Samaritan foiled a would-be robber’s attempt to make some easy money at a local grocery store earlier this month when it became clear that he was both capable and willing to fatally wound those present.

The would-be robber shot a woman, and that’s when the good Samaritan had more than enough. He opened fire on the thug, sending him running.

Aurora police say a good Samaritan shot a man who shot a woman during a robbery at a grocery store Friday afternoon. It happened just after 2 p.m. at the Village East Grocery Store located at 1161 S. Peoria St., according to the Aurora Police Department. When officers arrived, they found a woman with a gunshot wound in the parking lot. She is believed to be the owner of the store. She was hospitalized in serious but stable condition, police said.

“A short time later, officers made contact with an adult male who was suffering from a gunshot wound in the area of South Joliet Street and East Garden Drive,” police said in a statement. “Officers believe that the male was the robbery and shooting suspect who had fled from the area of the grocery store.”

The man was placed in custody and rushed to the hospital.

“During the investigation, officers determined that a Good Samaritan confronted the robbery suspect outside of the grocery store and the Good Samaritan shot the suspect,” police said.

According to 4 CBS’ Mark Neitro one of the cars outside the store was completely shot up from the scuffle — I count six holes in the photo he shared online, and the inside of the store looked like a bull needed a break from savaging a china shop.

Previous article: Pair of Dogs Shot at By Off-Duty LEO for Going After Dachsund Next article: President Trump In Response To Repealing 2nd Amendment: It "WILL NEVER BE REPEALED"