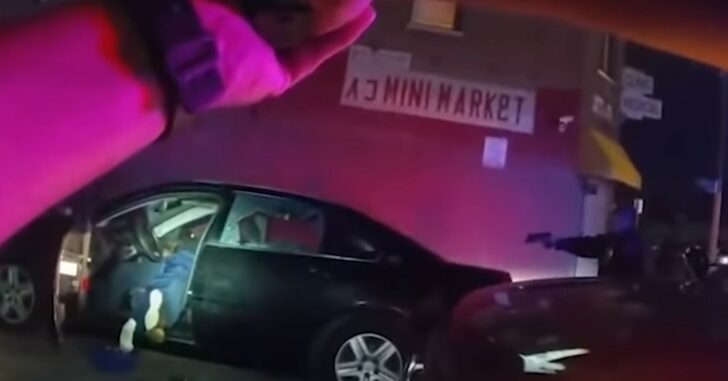 There may be a moment, but hopefully not, that you need to fire your handgun in self-defense and avoid hitting an innocent person behind that threat. The possible scenarios around this are numerous, but we do have an interesting video from the LAPD that shows the need for deadly force while the suspect is on top of the victim.

The short: The suspect was shot by police as he was stabbing the victim from above. Not only did they need to make sure to only hit the suspect, they also had to rely on their ammo not penetrating the suspect and exiting, to possibly end up striking the victim as well.

This video is intense, and we have to give credit to the officers for their response. It’s a wild ride, and I wouldn’t want to be in any of these individual’s shoes.

For your carry ammo, do you know how it performs? What is the average penetration of a target? Does it have the tendency to over-penetrate? Under-penetrate? These are critical stats to know when choosing an effective self-defense round.

Previous article: Bat-Wielding Home Intruder Shot By Resident After Breaking Into… Wait For It… The County Coroner’s House Next article: Off-Duty LAPD Officer Involved In Gun Battle With Suspect Who Took Service Pistol And Body Armor From Officer’s Vehicle