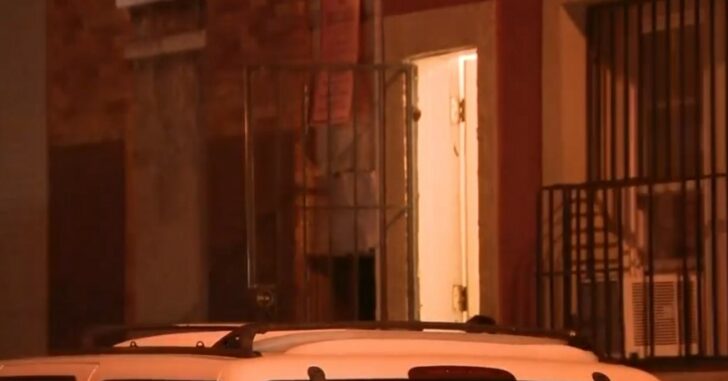 PHILADELPHIA, PENNSYLVANIA — A resident of the Kensington neighborhood shot an intruder just before 3 a.m. Sunday in the 3100 block of Arbor Street, leaving him hospitalized in critical condition.

According to police, there were two women inside the house when a man forced his way inside. One of the women had a gun and shot the man in the thigh. The suspect, identified only as a 32-year-old male, as transported to nearby Temple University Hospital, and was listed in critical condition.

Neighbor Robert Gonzalez, speaking with a local media outlet said that he would have acted similarly if it had been his family…and IF he had a gun.  “Because if he was getting into my house, I probably would have done the same thing if I had a gun. I’m just going to do things a lot safer, look out for myself. Make sure whoever comes, get a look, look at his face, see what’s going on. You know, probably scope him.”

Police say the gun the woman used was legally registered, and no charges have been filed.

It’s a good thing that one of the intended victims had a firearm to defend herself and the other occupant against the suspect.  I’m not sure how effective ‘looking at his face, seeing what’s going on, and scoping him’ would have been at stopping the intruder and protecting a family.