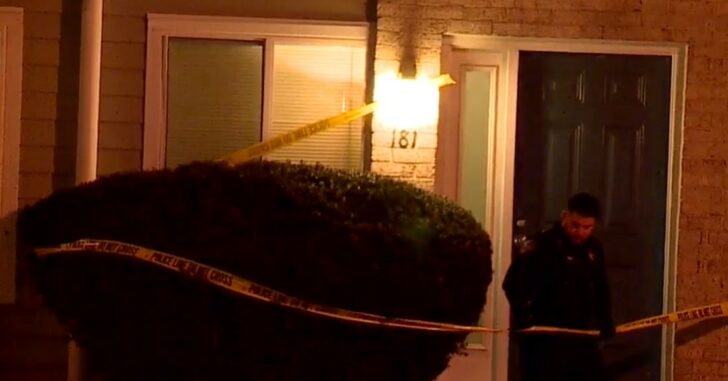 NILES, OHIO – A man was shot by his girlfriend after he broke into the apartment where she and a small child were in the early morning hours of February 23rd. The woman called 911 around 1:15 a.m. and authorities released a partial transcript of the conversation.

Caller: “Uh, yeah, my boyfriend has been shot.”

Caller: “My boyfriend has been shot.”

Dispatcher: “Who shot him? Are they still there?”

Officers responded to the 100 block of Royal Mall Drive and found a male with a gunshot wound to the torso. The man, identified as Rodney Cole, Jr., 27, of Youngstown, told police that he had been shot at a bar.  Officers noticed that the back door of the apartment had been kicked open, there was a shell casing inside the apartment, and Cole had a handgun in his waistband.

The woman, whose identity was not released, was upstairs with a small child when Cole found them and drew a gun. The woman, who also had a gun, shot Cole. He was transported to a local hospital in serious, but stable condition.

Cole has been charged with aggravated burglary. Police say Cole and the woman who lives at the apartment share a child together. “It looks like there is some history of domestic violence or at least cases that may have involved domestic violence here at the police department,” Marshall said.

Cole was booked into the Trumbull County Jail on a domestic violence charge in September 2020. According to Niles Municipal Court records, he pleaded no contest and was found guilty of a reduced charge. The investigation into the most recent incident is continuing.