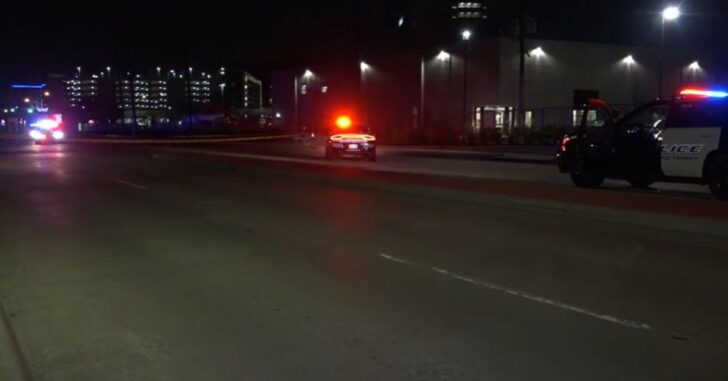 DALLAS, TEXAS – Two men were found with gunshot wounds in Dallas parking garage following an armed robbery on January 8th.  Dallas police say the incident happened around 9:30 p.m. in a parking garage in the 2200 block of Medical District Drive.

Two men approached a 26-year-old man who was walking in the garage and attempted to rob him. The man resisted and was shot during the struggle. The two then took his belongings and ran to a car with two other people inside. The victim pulled his own gun and shot toward the fleeing suspects. The two got in the car before it made a speedy exit from the garage.

The front seat passenger was ‘let out’ and ran into police. The 23-year-old suspect and the victim were transported to a hospital for treatment. The suspect will be charged as an accomplice to the aggravated robbery when released from the hospital. The condition of the victim was not released, nor were any names.  Police are still looking for the three other suspects.

This incident demonstrates the need for situational awareness, defensive handgun accessibility, training, instant decision making, and quick action. While we don’t know exactly why the victim didn’t draw his gun initially, it may have been a lack of situational awareness, such as not scanning the area or looking back, or perhaps he was distracted by internal factors such as his thoughts or an external factor such as a cell phone screen.  Perhaps he was carrying his gun in deep concealment, in a poorly designed holster or off-body in a bag, backpack or briefcase. Perhaps he didn’t identify the two as a threat or wasn’t confident in his ability to draw on them face-to-face in a two on one situation. Perhaps he didn’t consider lethal force until after he was shot and they had stolen his belongings.

Whatever the reasons, it drives home the fact that having a defensive gun won’t help you if you aren’t situationally aware with the ability to quickly make sound decisions and take bold actions.