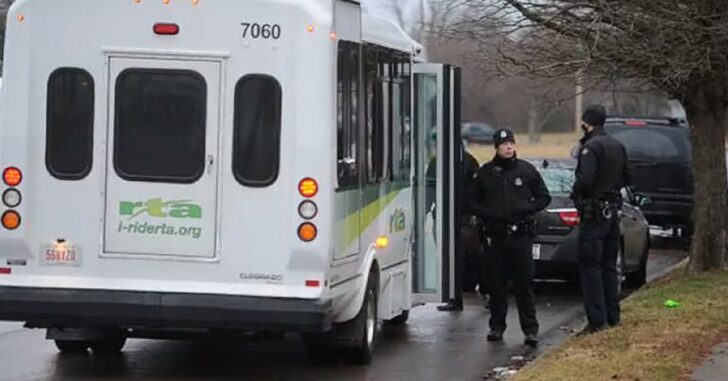 DAYTON, OHIO – A woman wielding a golf club was shot by a man after using it to vandalize his car and then threatening him.  Dayton police say that they received two 911 calls about a shooting on the morning of January 5th. The first was from a man in an apartment in the 4400 block of Germantown Street apartment and the second was from someone on an RTA transit bus.

Officers say the man at the apartment told them that he saw a woman using a golf club to vandalize his vehicle at around 8:15 a.m. When he went outside to confront her, she reportedly threatened to shoot him.  He retreated to his apartment and the woman followed. She beat on his door with the club, and the man stated that he thought he heard a gunshot.  He fired his gun through the door, striking the woman multiple times.

A golf club can be considered as a deadly weapon if used to strike a person, and the woman allegedly threatened to shoot the man as well.  He retreated to security of his apartment and had every right to defend himself there.  He fired multiple shots through the door after hearing what he thought was a gunshot.

Before aiming a gun at a target, putting a finger on the trigger, and definitely before pulling the trigger, a shooter must identify the target and know what is in front of and behind the target. Shooting through a door is never advised, even if you think you know who or what is on the other side.

The man had no idea if the bullets fired would strike the woman, or if they would continue to the parking lot, street, or other public space. He had no idea if anyone else was on the other side of the door. Imagine the tragedy if a bullet would have missed the intended target and struck a child at play, another innocent resident, or a police officer responding to the vandalism call.

Previous article: Road Rage Incident Leads to Man Being Fatally Shot After He Follows Other Driver Home Next article: 91-Year-Old Blind And Deaf Woman Shot And Killed By Police Who Were Responding To Her Call For Help For A Home Invasion