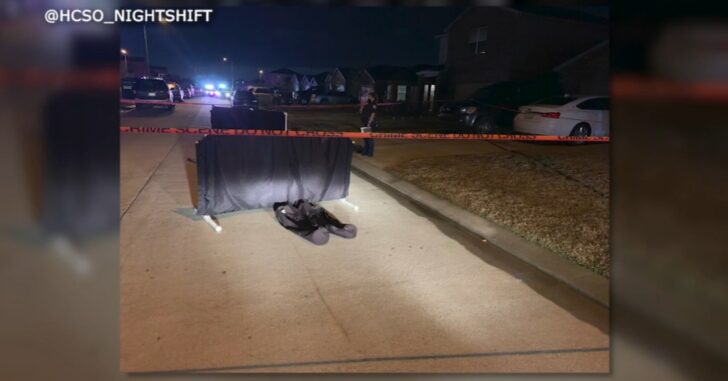 HUMBLE, TEXAS – In a bizarre chain of events, a man who had reportedly taken his daughter to engage in a fight with other teens was fatally shot when he interjected himself into the confrontation.  Harris County sheriff’s county deputies say the incident occurred around 7 p.m. in the Timber Hills community on the 10900 block of Spring Brook Pass Drive in Humble, Texas.

The fight, which apparently resulted from an on-going dispute between the teens, took place as scheduled and then adults in the community entered the fray. During the altercation, the man also joined in the fight, with witnesses stating that he hit a teenage boy several times. The boy’s older brother, identified as Jerimiah Richardson, 20, then shot the man, saying that he feared for his younger brother’s safety. The man was pronounced dead on the scene.

Video footage of the fight obtained by investigators supports Richardson’s claims, according to authorities. All of the evidence will be presented to a grand jury, who will decide if anyone will be indicted.

Sheriff Ed Gonzalez identified the deceased man as Brandon Curtis (not the Brandon Curtis, founder of ConcealedNation.org). The Sheriff also commented that fights such as these, often over trivial matters, are becoming all to common in their jurisdiction.

Previous article: Know Who Is Around You, Know How To Defend Yourself Next article: 2020 By the Numbers: Record Gun Sales, Record Background Checks, and a New Record Number of Concealed Carry Permit Holders