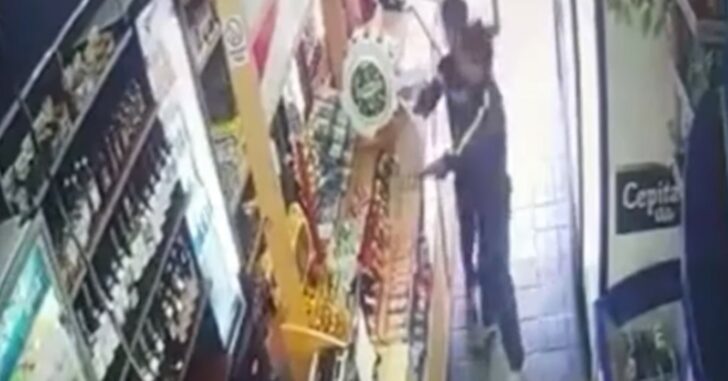 What a time to be alive, am I right folks?

A pair of kids, possibly not even yet teenagers, went to a local convenience store for some soda. Ya know, normal kid stuff.

Then, they wanted rolling papers. When the clerk told him that he wouldn’t sell them the rolling papers, one of the kids pulls out a gun and threatens the clerk. Holy hell.

The kid calls his other kid buddy back into the store so that he could get in on some of the action as well, and then HE pulls out his own gun. Two young teens, possibly younger, both armed with guns. That’s the world, and that’s how they grew up.

It’s a sad state to be in, and it’s only a matter of time before one of them either ends up dead or ends up killing someone else.

Question for you all: Would you be able to shoot what society would consider a child, if they were pointing a gun at you? I sure as 💩 wouldn’t want to, but I sure a 💩 would. They put their adult pants on that day when they decided to carry guns and then use those guns in a felonious manner. That’s grounds for lethal self-defense.

Previous article: [VIDEO] Man Tells Other Driver To Put His Gun Down And He Pulls The Trigger Instead Next article: Fatal Early Morning Shooting Under Investigation After Man Confronts Someone Breaking Into Neighbor's Apartment