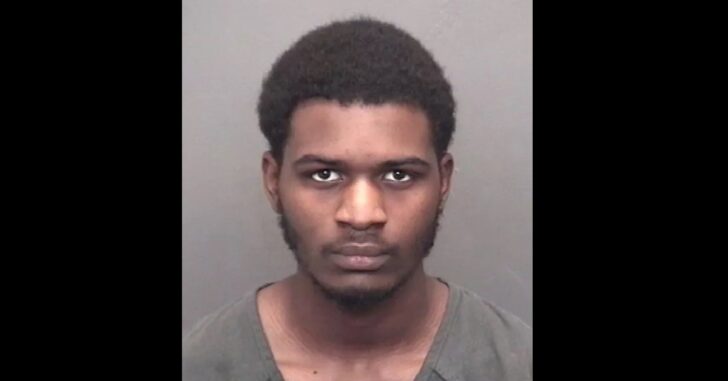 EVANSVILLE, IA — A man is being held without bond and a teen is in the hospital after a deal over some marijuana went bad and the dealer shot who he thought would be his buyer, WFIE reports.

The teen allegedly tried to rob him with a fake gun, and the dealer shot him with one that was hardly a replica.

Evansville police say 21-year-old Jiles Thomas, of Cahokia, Illinois, was arrested in connection with the shooting.

The shooting happened around 8:30 p.m. at Riverside Drive and Boeke Road. When officers arrived on the scene, they found a 14-year-old male with a gunshot wound to the abdomen. He was taken to the hospital for treatment and is expected to survive. Police say they found Thomas near Vann and Pollack Avenues a short time later. Thomas showed police text messages that show the juvenile contacted him to buy marijuana.

Thomas told police when they met up, the juvenile pointed a gun at him. He went on to say that he pulled a gun out and shot the juvenile once before leaving the area. Police found a replica firearm near the scene of the shooting. Officers say it is possibly the one the juvenile had during the incident.

After the incident, Tristate Homepage reported that investigators had ruled the shooting self-defense, which does kind of make sense, even if the incident occurred in the middle of a criminal transaction.

However, a later report by WFIE indicated something interesting:

The man charged in the Friday night shooting of a young teen, is now being held without bond. Court records show it’s because 21-year-old Jiles Thomas was disruptive in court. Thomas is charged with battery by means of a deadly weapon, dealing marijuana, and obstruction of justice.

According to criminaldefenselawyer.com, battery by means of a deadly weapon is considered as such: “In Indiana, a person commits the crime of felony battery by touching someone in a rude or disrespectful way and inflicting serious injury or using a deadly weapon.”

The shooting may have been considered self-defense, but if so, this charge has me scratching my head.

And what’s more, according to recent reports the dumb kid still hasn’t been charged for his role in all of this.

Previous article: Why People Argue So Much About 9mm vs 45ACP Next article: Armed Citizen Intervention in Robbery Results in 2 Dead, Robber Not One of Them