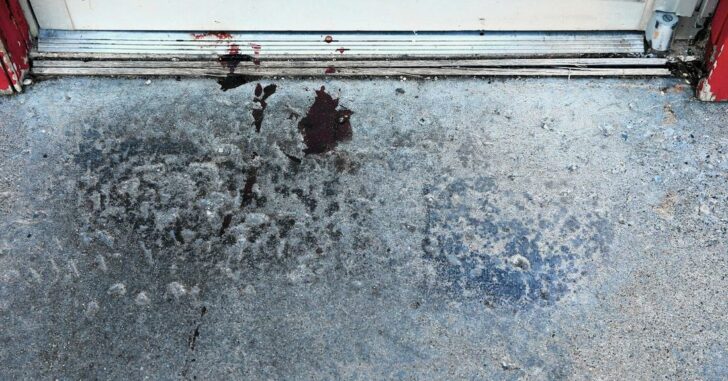 WAUCONDA, ILLINOIS — In a small village town on the outskirts of Chicago, Ahmad Samhan, 24, was working the counter when a man entered and flashed a gun in his face.

Keeping calm, Ahmad calmly explained to the armed robber he was going to open up the safe and comply with his demands.  As the Chicago Tribune recalls in their article, that’s when Ahmad reached down and grasped the .40 caliber pistol his brother kept in the store for just specifically these sorts of occasions.

In Ahmad’s defense – like he needed any – the armed robber had his pistol right in his face.  It was a matter of life and death and Ahmad, faced with those sorts of decisions, decided to try for life.

At the time of the report, it was Ahmad’s brother Jawal who answered questions from reporters.  Backed up by surveillance video, it was clear the robber was a threat to both the other customer in the store and the clerk himself.  So when Ahmad pulled the pistol out and fired an indeterminate number of shots into the robber – he wasn’t prepared for what happened afterwards.

While police are still examining the body, it appears the robber was gravely wounded and fell right to the ground after taking fire.  Witnesses describe Ahmad as distraught, crying.

A next door neighbor to the business, Lisa Marie Hewkin, said she and her husband heard the gunfire.

“We heard the shots and we heard the clerk outside saying, ‘We need an ambulance right now!’ said Hewkin, 33, told the Chicago Tribune. “He had to step over the body in the doorway.”

Lake County State’s Attorney Michael Nerheim said he was contacted by Wauconda police Sunday night and received preliminary information. He said he is waiting for police to finish their investigation before his office determines whether charges will be filed.

“From our end, no decisions have been made,” he said.

The day after the event, the town is still very much in shock.  Jawal described his brother as extremely distraught and while police haven’t identified the body of the suspect, initial prognosis looks as if this may be ruled a clean-cut self-defense case.

Wauconda is described as a small, cozy little town and both neighbors and store employees seemed shaken up by the event.

The one thing any concealed carrier or gun owner usually isn’t prepared for is the aftermath of a self-defense shooting.  Our condolences go out to Ahmad and it’s definitely encouraging to see that he was able to successfully thwart a would-be violent criminal.

Previous article: How This Reddit User Almost Committed A Negligent Discharge... Yikes Indeed Next article: Homeowner Defends Himself After Men Barge Through His Door