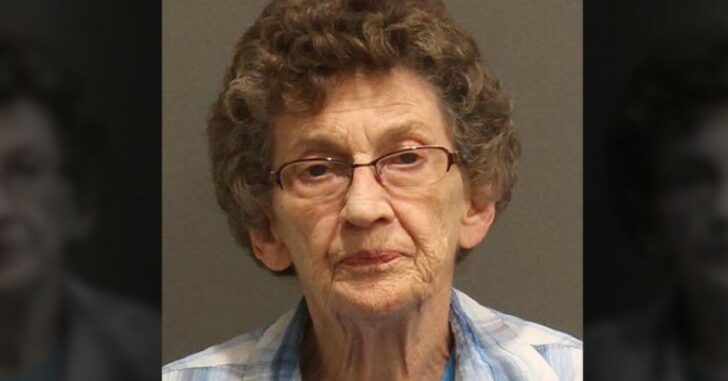 NASHVILLE, TENNESSEE — An 88-year-old liquor store owner, May Boyce, shot an alleged shoplifter, although she says she didn’t mean to hit him and instead just scare him.

We know that warning shots are never a good thing, but her warning shot ended up striking the man in the back.

She told police she grabbed her late mother Mary’s .38 Smith & Wesson snub-nose revolver and shot a suspect who was trying to steal alcohol last Tuesday, according to an affidavit obtained by McClatchy News Service.

“I did what I had to do, and I hope word gets out on the street that I’m fed up and I’m not taking it anymore,” she told The New York Post Saturday. “You’ve got to stick up for yourself sometimes.”

“I did what I had to do,” added Boyce, now out on $10,000 bond. “After you’ve been played for a fool by people stealin’ from you for years, you get fed up. And don’t put me in the category of a little old lady. I know how to take care of myself.”

She told reporters that she’s owned the shop since 1994 and works there six days a week.

And over the course of her entire life, she’s never shot a gun. That is, until this incident.

“I never shot a gun before,” Boyce said, “but I guess it’s something that comes natural. I aimed at the floor to scare him.”

Apparently, her store has been robbed on multiple occasions and she was simply tired of it. Taking things to the extreme, however, isn’t the way to go about it. Shooting into the floor is always going to be frowned upon when someone is stealing items from your store. If they were attempting an armed robbery, however, shoot for center mass.

Boyce was arrested for aggravated assault, and police say it could be up to two years until her firearm is returned.

Previous article: 12 People Shot In Minneapolis Attack, No Suspects In Custody Next article: 111 Shot In Chicago Over Father's Day Weekend, 3-Year-Old Among 14 Killed. Are We Still Defunding The Police?