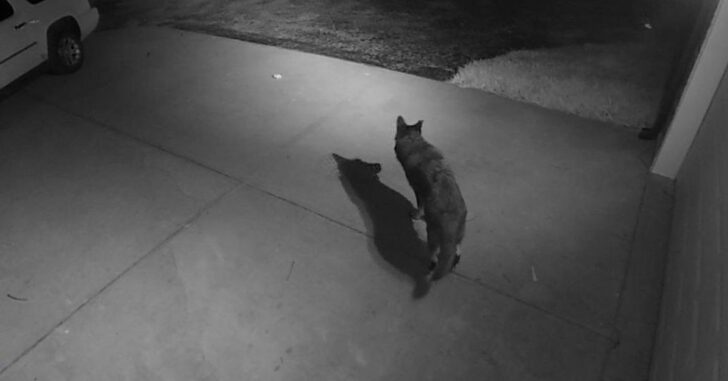 SMITHVILLE, MISSOURI — Dogs get loose every day, all over the world. Most of the time it’s not a problem, and the dog is able to get back home without any issues.

The story is different for some folks in Smithville, Missouri, where police say six dogs broke free from their property. At least one caused trouble.

Many neighbors who live near State Route 92 and Hornback Road have pets and livestock, which they try to protect from predators.

One owner discovered one of the six escaped dogs on their property, though. “One of them ended up attacking some goats in the area and was killed by the property owner,” explained Major Erik Holland with the Platte County Sheriff’s Office.

Two dogs are still said to be roaming around, and could have been caught on surveillance video.

One was shot, one returned home by itself, and two others were found by a property owner.

“We have had some reports of livestock that they’ve already killed, that is why we are treating this a little differently than your average dog that ran away from a house,” said Holland.

If typically-friendly dogs are roaming around and away from home, they could be scared and act in a manner that is not typical. Caution is to always be used if coming into contact with a dog that’s roaming free.

“Anytime you are dealing with an animal they may be friendly with their owners or people they know,” Holland said. “We don’t know how they will react to people they don’t know or if they are scared. We are just asking people to try not to catch them. Stay away from them and call us.”