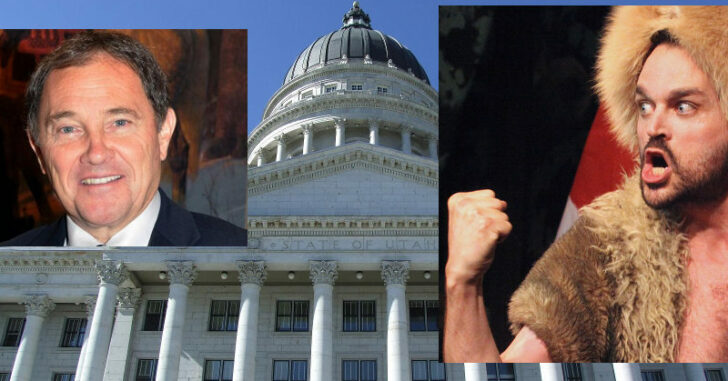 SALT LAKE CITY, UTAH — The Utah Senate is running a Hail Mary on constitutional carry.  Senator David Hinkins is running the ball with 60 yards left to go on a bill that’s been shot down twice previously.  As proposed, SB 97 would allow any Utah resident who is legally allowed to carry and is 21 years of age and older to carry concealed without a permit.  It’s a measure that would effectively eliminate the need for Utah residents to apply for a concealed carry permit altogether.  When asked why he’s running SB 97, Hinkins had this to say:

“I’ve got constituents who want it, and I’m just doing my job,” Sen. David Hinkins (R-Orangeville) said. “They’re putting more pressure on me, asking if I’m going to stick up for their rights, or not.“

Well, there you have it.  Unfortunately, Utah Governor Gary Herbert shot down a previous measure from the Utah House of Representatives in 2013.  Utah Senate Bill 256 (SB256) advanced to Gov. Gary Herbert’s desk where it was shot down again in 2015.  Hinkins, however, seems to feel that proposing this legislation is necessary to protect his constituents from being accidentally prosecuted for carrying a concealed firearm without a permit.

“Down home, nobody bothers you on your property when you’re driving around because you’ve got a gun in there for coyotes or whatever it may be. It shouldn’t be that a law abiding citizen, just because he comes to Salt Lake, that he’s breaking the law.”

Furthermore, Hinkins makes the argument that people in the rural districts of Utah already carry concealed without a permit and really only need one when driving into town.  Utah residents have a proud history of maintaining their autonomy in areas where law enforcement cannot viably patrol regularly.

Faced with a potential third veto of a similarly worded bill, Gov. Herbert is feeling pressure to try to play down the significance of the bill.

Hinkins confirms the Governor has not yet aired his concerns about the bill to him in person, but the governor did acknowledge the measure is on his radar.

“He told me the other night that we gotta talk,” laughs Hinkins. “He wants to take me behind the woodshed, I’m sure.”

Look, if you’re worried about getting re-elected, maybe there’s another way to maintain your voter base without alienating them further when they propose legal legislative measures through their duly elected representation.  That’s how democracy works.