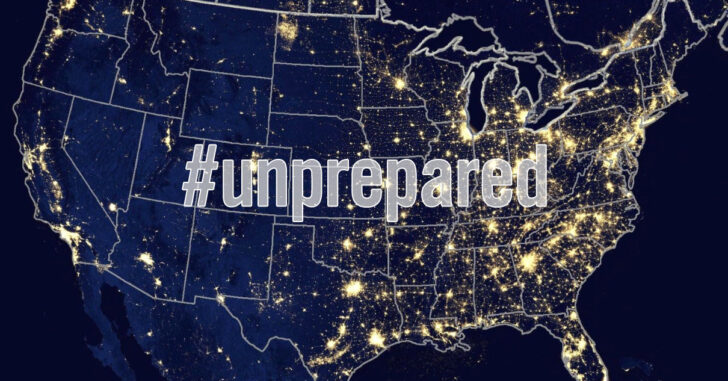 I’m tired of the news just like the rest of you, but it’s everywhere. Whether you’re watching TV, listening to the radio, browsing the internet or talking with a neighbor when you go outside, the topic remains consistant.

When all of this was truly beginning in the US, I was on a work trip in Illinois. This was when the first runs of toilet paper and hand sanitizer was happening, and I wondered what I’d be going home to. The first goal was to get to the grocery store to grab some extra food. Not because I wanted to, but because I needed to.

Our house was good on toilet paper and sanitizers. We already had cold and flu medicine, along with other various medical supplies. We had a freezer full of food, lots of rice and beans stored, many many gallons of bottled water, and MRE-style meals. For this family of 2, we could get through about 2 months without needing to head out.

But now, when the whole population starts stocking up, things become scarce in a hurry. It seems that the majority of Americans didn’t have enough supplies to get them through the weekend. Where is the preparedness?

Outside of food, water and TP is the topic of firearms and ammunition. The stores can’t keep them in stock, because like all the other items, many were ill-prepared for their future survival.

If you’re in that category, or want a little extra ammo, PSA still has a bit left.

If people are getting in fights over the last rolls of toilet paper, imagine what the country would look like if we had any type of food or water shortage. I’ll tell you; it’d be chaos.

The first locations to be hit hard would be the major cities, and it’ll fan out from there. Those in the rural locations would soon find city dwellers in their neighborhoods in search of supplies. That’s a scary thought for everyone, and although it may never happen, the possibility is still there.

After disasters like hurricanes and earthquakes, looting can be one of the major problems. Now imagine that on a national scale. Yea, it’s terrifying.

When money runs out because tens of millions are out of work due to businesses being forced closed, that’s another reason for concern on multiple levels. They’ll need food and water, and if they don’t have their own stock or the government can’t provide it, the only other option is to go out and get it. By any means possible.

Friends have started asking me for guns and ammo, either to buy or to loan. We discussed that here, and there are some mixed feelings on the topic.

I’m not writing this to scare anyone, and I’m not saying it’ll happen. But if we were ever very close to this scenario, this pandemic would be the time. The level of uncertainty is very high, people are scared, and it’s a scary combination.

I hope that we all come out of this healthy and safe, of course. If we do, those who weren’t as prepared as they thought should take a hard look at their supplies and preparations for an event like this.

That short list, while no easy task for some, would have you better prepared than the vast majority. There will likely never be a day when everyone is prepared, but there is no reason why we can’t take a long hard look at how we’re doing things ourselves. Is there room for improvement? Always.

It can get expensive, but there is no shame in starting small. Every additional item and level of preparedness you have is one step closer to being less reliant on others.